Lawyer Teri Lynn Bougie still cries when she talks about the final message on her answering machine years ago from a residential school survivor, back when she was battling with federal government lawyers over his compensation.
Jun 12, 2021 10:05 AM By: Canadian Press 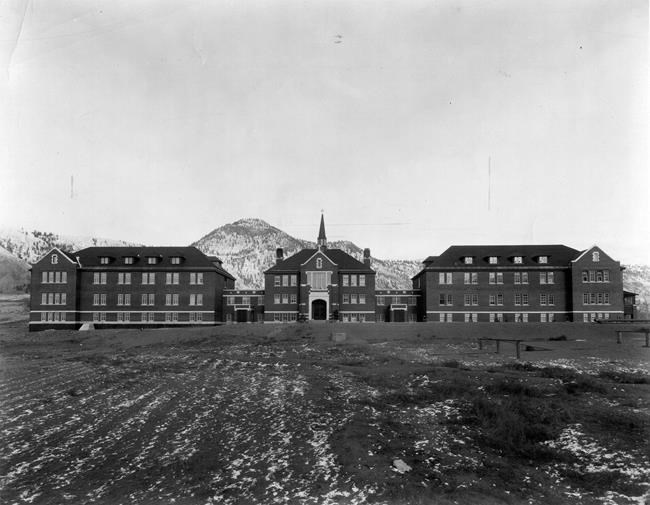 Lawyer Teri Lynn Bougie still cries when she talks about the final message on her answering machine years ago from a residential school survivor, back when she was battling with federal government lawyers over his compensation.

"We went round and round the rosie about it, and then he called me up and left me a message and thanked me for the help, and shot himself in the head," she said, her voice breaking.

Bougie and her Alberta-based law firm represented hundreds of claimants in the sweeping 2006 Indian Residential Schools Settlement Agreement between residential school survivors and the federal government. She said re-opening those past decisions about who got compensated — and who didn't — to include more survivors would be a huge step toward reconciliation.

"It's much easier to do than you would imagine," she said in a recent interview. All the claimants got a written decision, so there are records of who was denied and why, she added.

On May 27, the Tk'emlups te Secwepemc First Nation announced that ground-penetrating radar confirmed a preliminary finding of the remains of 215 children at an unmarked burial site at the former Kamloops Indian Residential School, bringing the issue into sharp focus across the country.

Both Bougie and Bobby Cameron, chief of Saskatchewan's Federation of Sovereign Indian Nations, say the discovery of the children's remains make it clear the 2006 settlement agreement didn't encompass or address the true horrors endured by survivors of Canada's residential school system.

It's time to reopen those files, Cameron said in a recent interview, adding, "this is an opportunity to do it properly."

Bougie said other than fully implementing the calls to action from the Truth and Reconciliation Commission, re-examining those settlements would represent a major step the federal government could take toward reconciliation with Canada's Indigenous peoples.

"Going back and saying, 'we unfairly treated some claimants who went to residential school and we're going to rectify that' would be the single largest thing, in my opinion, that the federal government could do toward reconciliation," Bougie said.

During her negotiations with federal lawyers for the 2006 settlement agreement, the government came up with increasingly stricter definitions and technicalities with which to exclude people from compensation, she said. The process ultimately re-traumatized many survivors, Bougie added.

It was like Ottawa was "chipping away at the heart of the settlement agreement," she said.

Canada's residential schools targeted Indigenous children for more than a century. Some 150,000 First Nations, Métis and Inuit children were forcibly sent to government-funded, church-operated schools, where many suffered abuse. The last one closed in the 1990s.

Chief Cameron said survivors have been phoning his office in droves since the findings at the former Kamloops school were announced. Many are reliving the anger and trauma they endured during the federal residential schools settlement agreement process, he said.

"We're fielding calls and emails from many survivors who weren't compensated properly during the first go-around of those compensation payments," he said. "They were forgotten about. They were dismissed."

The residential schools agreement was approved in 2006 and awarded survivors money based on what they faced in Canadian residential schools. The settlement money was distributed according to categories involving different types of abuse — sexual and physical — and the levels of harm inflicted by that abuse.

On Wednesday, after a years-long legal battle, Ottawa announced it will extend the 2006 agreement to include those who went to residential schools only during the day. Those survivors were left out of the original settlement.

As an example of some of the technicalities encountered by claimants, Bougie said in some cases, the definition of sexual assault used by Ottawa depended on whether the assault occurred on school grounds or not.

"Does that look like reconciliation?" she asked. "To me, it does not."

A spokesperson for Crown-Indigenous Relations and Northern Affairs Canada did not directly respond to the question of whether Ottawa would consider reviewing decisions and loosening restrictions to allow compensation for more claimants.

"The mistreatment of Indigenous children is a tragic and shameful part of Canada’s story, whose impacts are still being felt today," Megan MacLean said in an email Wednesday.

Prince Edward Island lawyer Pamela Large-Moran worked on getting the federal government to extend the 2006 agreement to people who attended residential day school. In a recent interview, she said she hopes the findings in Kamloops will be a "wake-up call" to Ottawa that the onus is on the government to seek and build reconciliation, and not on Indigenous people to engage in arduous legal proceedings.

"We are hoping it changes the legal landscape in terms of Canada's response to all of these historic wrongs," she said.

The Indian Residential Schools Resolution Health Support Program has a hotline to help residential school survivors and their relatives suffering with trauma invoked by the recall of past abuse. The number is 1-866-925-4419.

This report by The Canadian Press was first published June 12, 2021.