WINNIPEG — Prosecutors say a Canadian fashion leader facing charges of sex trafficking and racketeering in the United States could use former employees to contact victims if he is released from jail.
Mar 18, 2021 5:26 PM By: Canadian Press 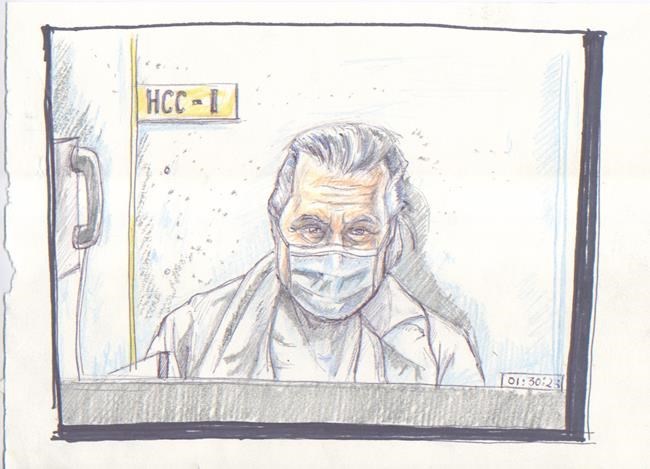 WINNIPEG — Prosecutors say a Canadian fashion leader facing charges of sex trafficking and racketeering in the United States could use former employees to contact victims if he is released from jail.

Peter Nygard, 79, is appealing a Winnipeg judge's decision last month to deny him bail. The judge cited concerns he would contact witnesses if released.

Nygard's lawyers presented an augmented release plan they say satisfies any concerns and includes monitoring all emails and text messages.

Nygard was arrested in December under the Extradition Act and faces nine counts in the Southern District of New York.

A formal extradition request from the U.S. was received by Canadian authorities in February. It provides more details of allegations that Nygard used his influence in the fashion industry to lure women and girls with the promise of modelling and other financial opportunities.

Documents provided to court from American prosecutors detail the accounts of seven victims who are expected to testify in a criminal trial in that country.

There is a publication ban on any information that could identify victims or witnesses.

The women say their livelihood and their movement were dependent on having sex with the fashion mogul.

Some say sex was originally consensual but became coerced through financial means or physical force.

"PEOPLE IN MY LIFE ALWAYS Benefit IF & when they provide real benefit — had you delivered a 'NICE ANGEL' — here of course would have been good benefit," Nygard wrote in an email included in court documents.

The Minister of Justice directed the extradition to proceed based on corresponding Canadian trafficking charges earlier this month.

Defence lawyer Brian Greenspan said his client denies all the allegations and poses no risk if released.

Nygard attended court by phone from Headingley Correctional Centre outside Winnipeg. He is kept alone in a cell meant for three prisoners, court heard. There is a television and phone in his cell and he has access to a diabetes diet.

Greenspan told court his client's health is rapidly deteriorating behind bars and he is at significant risk if he gets COVID-19.

"This is an almost 80-year-old man who has a number of risk factors in terms of his health," Greenspan said.

That plan, as told to the court, involved an in-home security guard and 24-hour video surveillance to monitor Nygard if he were released.

Greenberg also had serious issues with the home a former employee offered as a place for Nygard to stay if released. It was purchased with Nygard's own money.

Court heard Thursday that Nygard also reached out to a daughter who lives in Manitoba in January to help ensure his release.

Zanaya Wilson, 20, later told RCMP that Nygard called her from jail and asked her to tell court she would ensure he wouldn't break bail conditions.

Nygard additionally requested she sign a document stating she believed in her father's innocence.

In exchange, Nygard would give her a million-dollar home and would legally recognize her as his child. Wilson was brought to Canada from the Bahamas by Nygard to work for his company.

"Once out of prison, he would sign an affidavit acknowledging he was her father, in order to help her obtain Canadian citizenship," court documents said.

Court heard Nygard's lawyers advised him to find family to assist with the bail plan. But he was not instructed to exchange it for help with her citizenship.

Justice Jennifer Pfuetzner of the Manitoba Court of Appeal reserved her decision for a later date.

Nygard is also the subject of a class-action lawsuit in the U.S. involving 57 women with similar allegations.

He stepped down as chairman of his company after the FBI and police raided his offices in New York City in February 2020.

This report by The Canadian Press was first published March 18, 2021