TORONTO — The PGA Tour Canada is being split into two circuits for the 2021 season due to COVID-19-related restrictions at the United States-Canada border. The PGA Tour said Thursday in a release that U.S.
Apr 22, 2021 2:15 PM By: Canadian Press 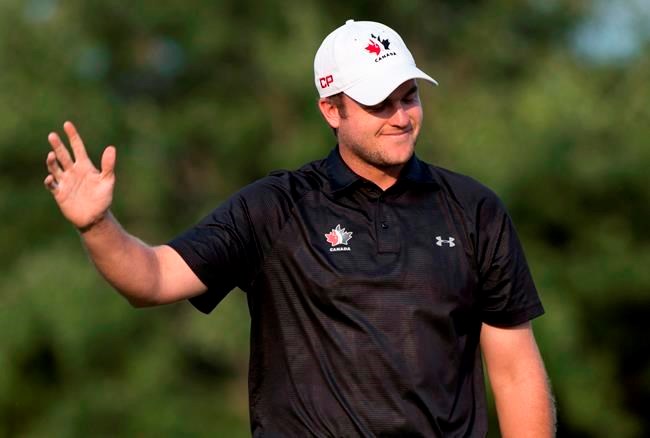 TORONTO — The PGA Tour Canada is being split into two circuits for the 2021 season due to COVID-19-related restrictions at the United States-Canada border.

The PGA Tour said Thursday in a release that U.S.-based members of PGA Tour Canada will be eligible to compete in the newly created Forme Tour, while Canadian-based players will be able to compete in events under the Mackenzie Tour banner later this summer.

Players on the Forme Tour will play in a series of U.S.-based events between June and September. The top-five points earners on the tour will receive 2021-22 Korn Ferry Tour membership, while others will advance to the Korn Ferry Tour qualifying tournament.

Auburn University Club in Auburn, Ala., and TPC River’s Bend in Maineville, Ohio, have signed on as host sites. The PGA Tour said the tour’s other six venues — as well as tournament dates — will be announced later.

Details on what the Mackenzie Tour circuit will look like were scarce. The PGA Tour said Canadian-based players would be playing for the opportunity "to earn access to the traditional Mackenzie Tour in 2022."

“The Canada-based players will play in 72-hole Mackenzie Tour events, and the tournaments will continue to support local charities and local economies," Mackenzie Tour executive director Scott Pritchard said in a statement.

"We will share more details about specific plans in the near future. We're excited to continue to further develop golf and competitive golfers in this country."

The 2020 PGA Tour Canada season was cancelled due to the COVID-19 pandemic.

Decathlete Damian Warner says being a dad has brought balance and new perspective
May 5, 2021 3:25 PM