The Ministry of Energy, Mines and Petroleum Resources says it has authorized Deasan Holdings to resume clearing its gravel stockpiles above the Old Fort landslide.
Mar 14, 2019 12:24 PM By: Alaska Highway News Staff 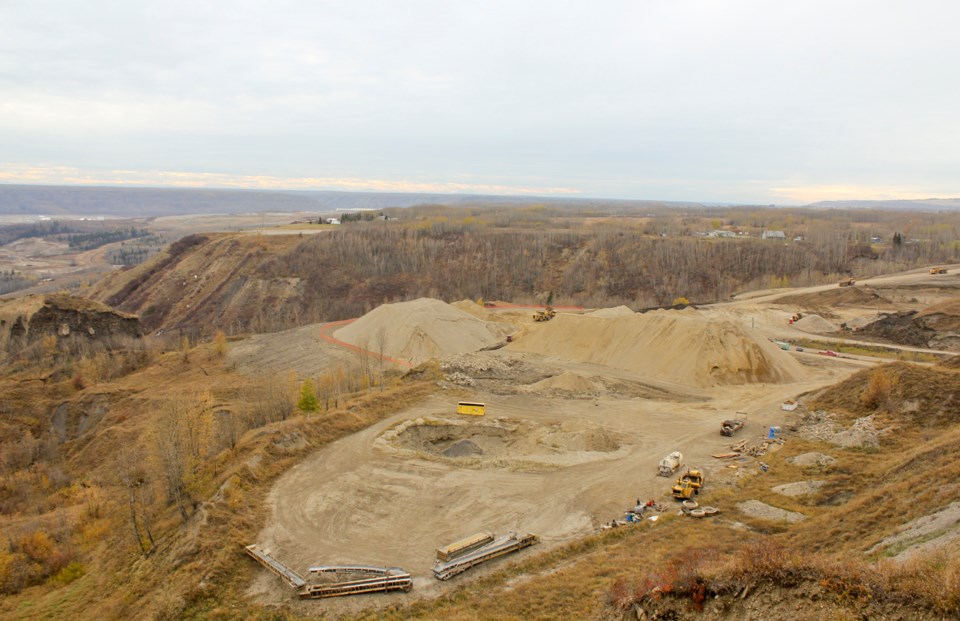 Crews are working to remove gravel loads from a pit above the Old Fort landslide, Oct. 6, 2018.Matt Preprost

The Ministry of Energy, Mines and Petroleum Resources says it has authorized Deasan Holdings to resume clearing its gravel stockpiles above the Old Fort landslide.

The work is being done at the recommendation of engineers, and is expected to take 30 days, and be complete before spring thaw, the ministry says.

Deasan Holdings has submitted a safety plan, including protocols for monitoring and stop-work triggers, the ministry says. It has not been approved to resume normal operations.

The company was first ordered to start removing up to 50,000 cubic metres of stockpile gravel from the site to alleviate the weight load above the head of the landslide, which began Sept. 30. Work was suspended soon after for safety reasons.

More than 150 Old Fort residents were ordered to evacuate on Oct. 7 after the landslide cut off power and road access to the community. They were allowed to return in early November after a new road was built through the debris.

The landslide destroyed one house, and set off more than eight million cubic metres of earth and trees in a slow-slide toward the Peace River.

Residents say the gravel pit was reported to have started to slide in July.