The Old Fort landslide has grown to eight million cubic metres, according to the latest information from the Ministry of Transportation and Infrastructure. The main slide, which began Sept.
Oct 12, 2018 3:26 PM By: Alaska Highway News Staff 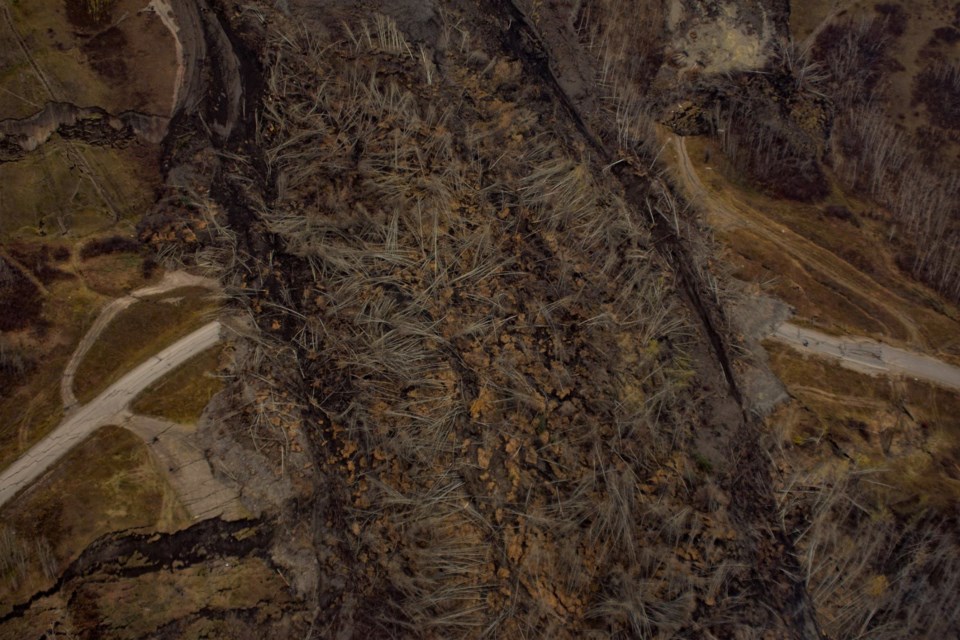 The Old Fort landslide has grown to eight million cubic metres, according to the latest information from the Ministry of Transportation and Infrastructure.

To put that into perspective, BC Hydro contractors have so far cleared this much material from the north bank of the Peace River at the Site C dam site just upstream of Old Fort.

Approximately 11 million cubic metres will be scraped from the north bank as part of slope stabilization efforts at the dam site.

Rhonda Mallefont, the engineering geologist hired by the PRRD to study the slide, has called it a "deep-seated" failure.

It's unknown when the slide will stop, and Old Fort residents forced to evacuate on Oct. 7 could be out of their homes for up to eight months.

The ministry has provided the following update on the landslide:

"The safety and well-being of the people in the Old Fort community is our top priority.

24-hour traffic control is in place and staff are monitoring the slide by air daily. Alternate routes to access the community are being explored. However, it is currently not safe to start construction on any of the options. The ministry has mobilized road construction equipment to the area and it is on standby. Equipment is ready to go, once it is deemed safe to proceed.

The ministry has staff working in the PRRD Emergency Operation Centre. We recognize that this is a very unsettling time for people in Old Fort.

The Peace River Regional District is providing frequent updates on their website and Facebook – so we advise people to check here for further details on the evacuation order and on Emergency Social Services that are being offered. https://prrd.bc.ca/

We will continue to keep the community updated as more information becomes available."