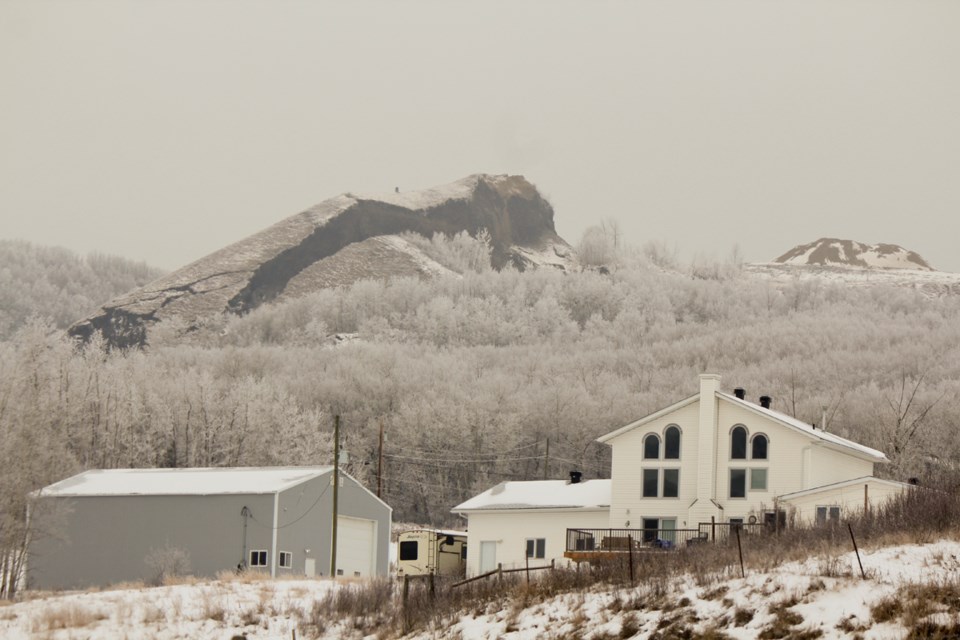 If approved, the assessments would be used to "determine future development requirements and examine whether emergency alerts and evacuation orders should remain in place," according to a report to board directors.

Much of the evacuation order and alert still in effect applies to Crown land, though some private property and houses are affected.

Tetra Tech would conduct the assessments at a cost of $192,250, and were on the ground shortly after the landslide, according to the board report.

"They have a good grasp of the landslide and stability issues and were contracted to the Ministry of Transportation and Infrastructure at the time," the report reads.

The Old Fort landslide at the end of September 2018 sent more than eight million cubic metres of earth and trees toward the Peace River, destroying one house, several utility lines, and the only road in and out of the community.

Geotechnical engineers have said the slide was caused by a failure in the bedrock at the head of the landslide, where a gravel quarry had been operating on the hillside above Old Fort.

However, the province's Chief Inspector continues to investigate, according to a report by The Narwhal, an online environmental newsmagazine.

The quarry is not considered to be the root cause of the slide, according to documents obtained under freedom of information by The Narwhal. However, quarry stockpiles had not been designed by a professional engineer as required by provincial permitting, according to the report.

“The size of the slide seems to indicate that there were underlying issues with the material down the entire slope,” mining inspector Adrian Pooley wrote in an email obtained by The Narwhal.

“The weight of the material is a contributing factor [to the] slide, but it is not the root cause."

Quarry operator Deasan Holdings was permitted to explore and compare subsurface conditions of the area before and after the landslide, according to the report.