The Old Fort landslide has moved 235 metres, or the length of two-and-a-half football fields, since reactivating one week ago. The Ministry of Transportation says its GPS instruments are again sending in data after failing on Sunday.
Jun 25, 2020 2:48 PM By: Alaska Highway News Staff 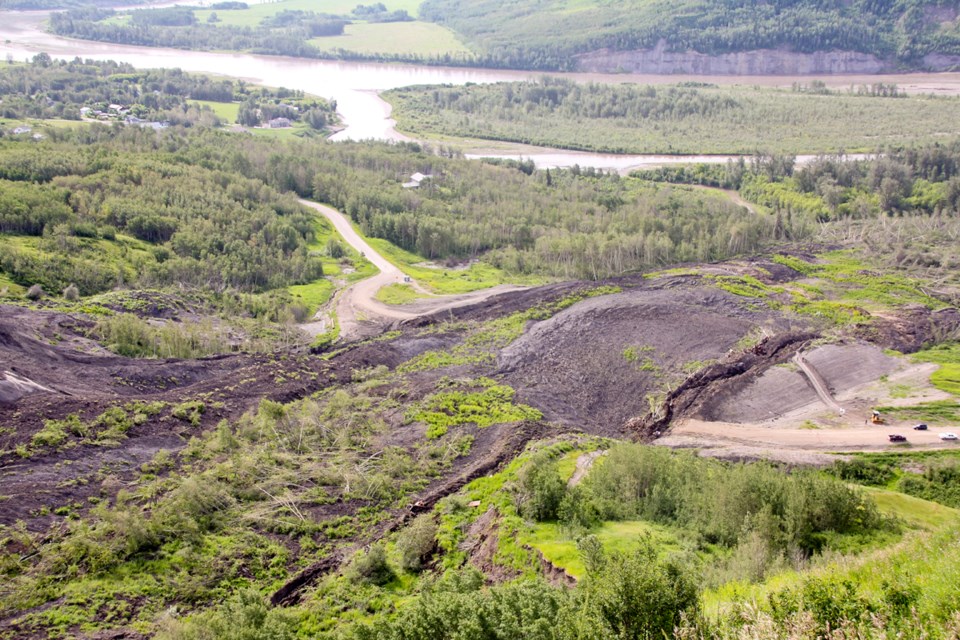 The Old Fort landslide has moved 235 metres, or the length of two-and-a-half football fields, since reactivating one week ago.

The Ministry of Transportation says its GPS instruments are again sending in data after failing on Sunday. The ground continues to move about two metres per hour and moved 15.3 metres overnight on Wednesday.

The slide has destroyed 100 metres of Old Fort Road, and needs to slow down significantly before the serious work of rebuilding can begin.

“Construction equipment, the maintenance contractor, and ministry district and technical staff continue to be on site and assessments are ongoing,” said a ministry spokesperson Thursday.

“Slide movement must slow to less than 1 metre per day before road construction can begin.”

The landslide reactivated June 18, after sitting idle for close to two years since it first collapsed at the end of September 2018.

Old Fort residents remain on evacuation alert, but no order has been issued.

On Thursday afternoon, ministry crews had installed a warning sign in Old Fort, and had reportedly punched a road through to begun removing old cars and other exposed landfill debris that is coming down with the slide.

"The slide on Old Fort Road is not safe for the public to cross," the ministry said.

"The slide continues to adjust to on-going changes and although the movements are currently slowing, it is not possible to continuously monitor and report all site changes and that makes the slide unsafe for the public to cross."

The PRRD said a household survey found at least three residences that will need water within seven days or less, while 33% who responded will need garbage removal within the next week. At least eight people would use water taxi service, the PRRD said.

“Options are being looked at, and being double checked for all those involved,” the PRRD said.

“Once we have our full plan established, we will be posting a map of where the water, sewage, garbage, boat dock, and area for a helicopter landing (for emergencies) will be located within the Old Fort community.”

Read more: The face of the Old Fort landslide

See more photos of the landslide in our gallery below.