Instead of focusing on getting Canadians back to work, rebuilding our economy and securing our nation’s future, Justin Trudeau has decided to once again introduce legislation that will target lawful firearms owners instead of targeting the real probl
Feb 23, 2021 9:42 AM By: Bob Zimmer 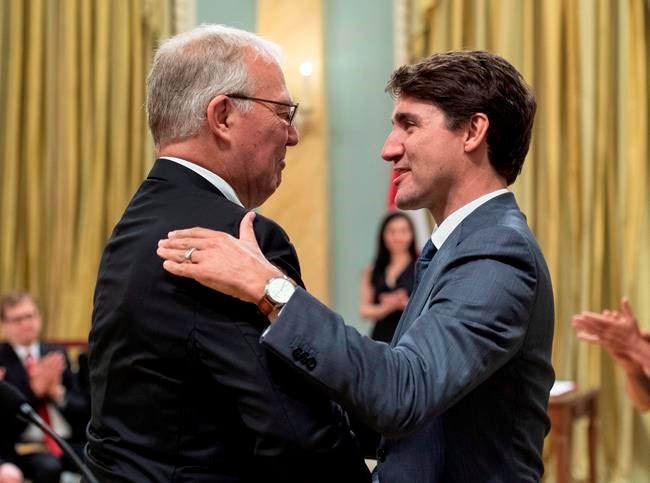 Bill Blair is congratulated by Prime Minister Justin Trudeau after being sworn in as Minister of Border Security and Organized Crime Reduction during a ceremony at Rideau Hall in Ottawa on Wednesday, July 18, 2018. THE CANADIAN PRESS/Justin Tang 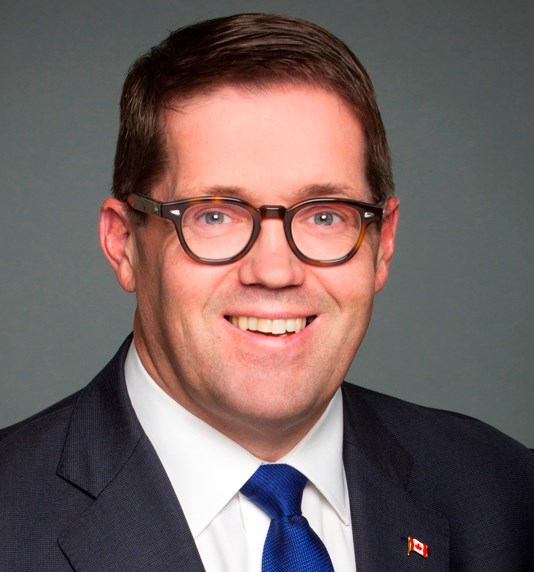 Instead of focusing on getting Canadians back to work, rebuilding our economy and securing our nation’s future, Justin Trudeau has decided to once again introduce legislation that will target lawful firearms owners instead of targeting the real problem of illegal firearms in our cities.

While Bill C-21 has been dubbed the ‘buyback bill’, details of this proposed program weren’t actually included in the legislation. What is included are the restrictions that owners of the over 1,500 models and variants listed in the Liberal's firearms order in council will need to comply with should they choose to keep their legally purchased firearms. This includes agreeing to cease all use and store the firearms indefinitely beginning April 30, 2022.

My most significant concerns with the bill are measures that would allow municipalities to establish handgun bans in their communities through bylaws – this despite the fact that law enforcement experts have repeatedly said that handgun bans won’t work.

According to Vancouver Police Chief and past president of the Canadian Association of Chiefs of Police Adam Palmer: "People can't be naive to the realities of how it works with organized crime and smuggling. There will always be an influx of guns from the United States into Canada."

The reality is that the vast majority of gun crimes are committed with illegally obtained firearms. Increasing red tape and taking firearms away from law-abiding Canadians does nothing to stop dangerous criminals and gangs who obtain their guns illegally.

Shamefully, the Liberals recently voted against and defeated my Conservative colleague MP Bob Saroya’s Private Members' Bill C-238 that would have imposed tougher sentences for criminals smuggling or who are found in possession of illegal firearms.

This is where Canadians need to see the real shame of Bill C-21. Instead of supporting targeting illegal firearms, which are the real reason for gun crime in our cities, this bill uses those resources to put more rules on those of us who obey our already strict firearms laws in Canada.

So instead of putting more money, people and resources into tackling the real problem, this government is putting much-needed resources into a place they aren't needed. It's worse than incompetent, it's a deliberate misdirection of resources and attention.

How can Canadians possibly believe that this government is serious about stopping dangerous criminals from getting their hands on illegal guns when just a few weeks ago they voted against a bill to do that while putting forward bills that will do the exact opposite?

What would make a real difference in our cities is the government investing in police anti-gang and gun units and the CBSA to provide law enforcement with the resources they need to stop illegal smuggling operations and get dangerous criminals and gangs off our streets.

The fact is the vast majority of firearms owners respect Canada’s firearms laws and are checked daily through the Canadian Firearms Program. Making law-abiding Canadians follow more rules will not make communities safer.

We Conservatives have, and always will, support common-sense firearms policies that keep guns out of the hands of criminals and we always will oppose measures that target lawful firearms owners, while doing nothing to combat crime.