The behavior of CJDC is newsworthy to me. Since when does a media outlet report their sources to authorities? Since when is it right to expose visible religious minority women to discrimination?
Apr 20, 2021 9:10 AM By: Trudy Klassen / Prince George Citizen 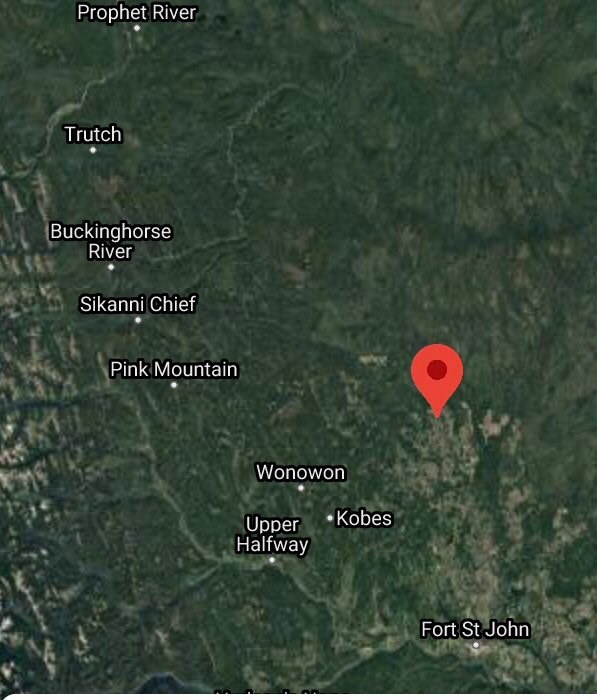 Prespatou is a small and remote Mennonite farming community located at the end of the road north of Fort St. John. Google Maps

Old Colony Mennonites are the kind of Mennonites where, by religious conviction, the men dress in blue-collar clothes, and the women in kerchief head-coverings and long dresses. This makes the women members of a visible religious minority. Keep that in mind as you read.

As my regular readers will know, I grew up in an OC Mennonite community in Alberta, just across the border from Fort St. John. I have extended family in the Old Colony Mennonite community of Prespatou, which is about one hour north of Fort St John. Last year, Prespatou made the news. For a people group who prefer to live quietly, don’t get involved in politics, and keep to themselves, they didn’t enjoy the attention when COVID swept through their community early last summer.

In October, the OC Mennonite Church in Prespatou quietly decided for the sake of their member’s mental and spiritual health to resume regular, non-distanced, non-masked church services. Their COVID cases had resolved, schools had reopened and they hoped that no one would be interested.

I would have argued that they should have expected a pandemic research team. After all, COVID-19 is a new strain of virus which we need to know more about. The nearly closed community of Prespatou provides an opportunity to study the spread, impact and herd-immunity possible by being exposed and contracting COVID-19. It is possible that this has happened, or is happening, but it’s not making the news.

Another thing I would have expected is media interest in the fact that this community has had only one case of COVID since they restarted normal church services. That’s one case, they were told by Public Health, which was contracted outside the community and didn’t spread to anyone else.

Isn’t herd immunity what we are after with vaccines? Isn’t the fact that a community like Prespatou has achieved significant immunity after an outbreak a thing to celebrate? Weren’t many of us initially terrified that this novel coronavirus could wipe out a significant portion of the world? Prespatou, a community of close to 600 people, had only one COVID death and has resumed normal life. That is newsworthy. That is encouraging.

The OC Mennonite Church in Prespatou decision to resume regular church services was not carelessly made. In fact, when the community was experiencing its COVID outbreak last summer, they practised socially distanced visits and shut down church services. When they made the decision to begin church services in October, school had resumed, so their children were already together unmasked in school and on buses. Large families mean grandparents and aunts and uncles take care of children when needed, in their homes. They rationally assessed that COVID danger for their community was past.

Instead, what we got was a hit piece. CJDC, Dawson Creek’s largest media outlet, conducted a paparazzi-like ambush on the church and their pastor on Easter Sunday morning. But CJDC didn’t stop with simply publishing their story.

Here is what Energetic City, a different local media outlet, reported on April 14: “The Fort St. John RCMP received a phone call from a local media outlet on April 3rd, investigating a tip about a church in the Buick area planning to host an in-person service that weekend. The following day police received a report of a church service from the same media outlet that had located the Old Colony Mennonite Church in Prespatou celebrating an Easter Service. The media outlet provided the RCMP with a video documenting the incident, which showed a parking lot full of vehicles and people exiting the church building without wearing masks.”

Not only did CJDC report the church to the RCMP, they then drove two hours to find this isolated community to create their paparazzi-style story. To make sure their reporting did not go unrewarded, they sent the video to the RCMP. Since then, a $2,300 fine has been levied to the church.

The behavior of CJDC is newsworthy to me. Since when does a media outlet report their sources to authorities? Since when is it right to expose visible religious minority women to discrimination?

They took it even further. In the CJDC report, they reveal that their reporter asked Fort St. John Mayor Lori Ackerman if she feared Mennonites coming into the city to shop. Wisely, she didn’t answer. Nothing in the CJDC news piece suggests that the OC Mennonites were refusing to wear masks when in town or refusing to obey public health orders when outside their community. OC Mennonites are not activists. CJDC seems to have ignored simple common sense and fairness in their reporting.

We have been hearing about increased attacks on visible minorities since the pandemic started. When they go to town to buy groceries, pick up parts, take their kids for medical appointments, these women are visibly OC Mennonite. OC Mennonite women will be exposed to discrimination, regardless whether they are from this community, or any other.