Dillon Giancola: Whose jersey can you wear?

For many sports fans, the jersey is a sacred thing. You only wear it when your team is playing, and you certainly don’t ever wear another team’s jersey. Wearing a jersey at home while the game is on is fine.
Oct 11, 2019 9:00 AM By: Dillon Giancola 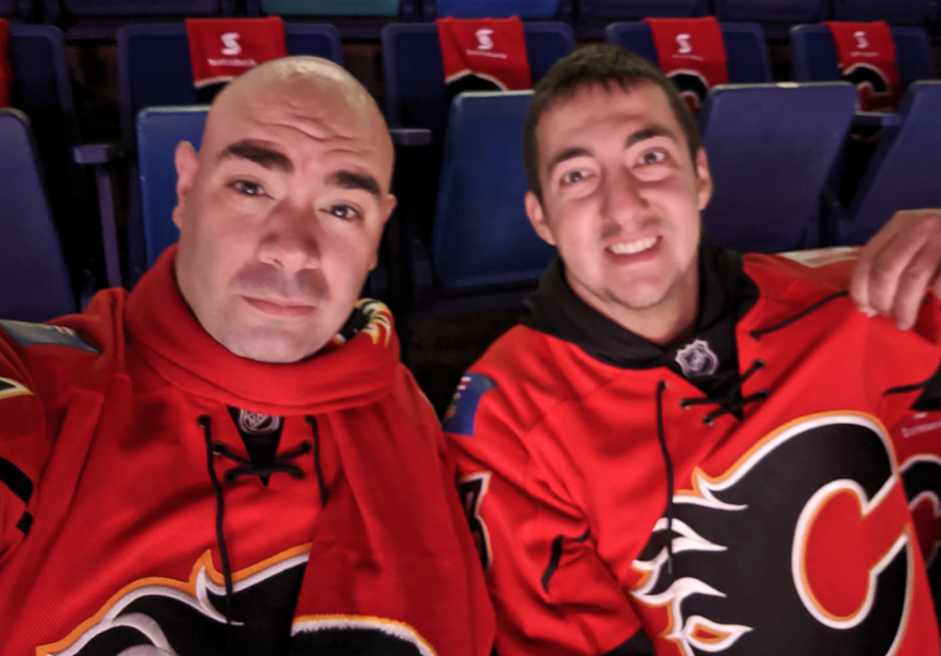 For many sports fans, the jersey is a sacred thing. You only wear it when your team is playing, and you certainly don’t ever wear another team’s jersey.

Wearing a jersey at home while the game is on is fine. Sporting the Canucks’ colours at the grocery store isn’t. Sports jerseys are the one expensive piece of clothing that make you look childish, apparently. Sure, I get it, they look a little goofy, but I’ll wear a tight-fitting Tori Holt jersey any day of the week and be OK with my choice.

Most people are OK with this. What people aren’t OK at all with is wearing a different team’s jersey. On the surface, that sounds like a fair statement. I’m a life-long and diehard Blue Jays fan, so it would be blasphemous if I wore a New York Yankees jersey on any occasion.

However, if I wear a team that I have no affiliation with whatsoever, and isn’t a rival of my favourite team — say, the Milwaukee Brewers, or the Calgary Flames — people lose their minds.

I bring this up because I went to the Calgary Flames home opener on October 5 against the Vancouver Canucks. I have nothing against the Flames and was excited to watch some hockey, especially with all the excitement that comes with the beginning of the NHL season.

The thing is, since the Flames and the Saddledome are known for their “Sea of Red,” in which almost every person at the game is wearing a red Flames jersey, I didn’t really feel like standing out. And since I like Johnny Gaudreau, and think Calgary’s alternate jerseys with the white C are awesome, I was more than happy to don my buddy’s mom’s jersey. Plus, the team gave every fan a nice Flames scarf, and I’m always excited to show off new clothes.

Unfortunately, I forgot how unforgiving people are when it comes to different team’s jerseys, especially hockey. Now, I’ll admit, part of the reason I was excited to wear the jersey and share the photo with my friends online was that I knew it would annoy those who cheered for the Oilers. For what it’s worth, I have long rooted against the Oilers and they are the only team whose jersey I won’t wear to a game. Still, I was a little surprised at the amount of people who didn’t see it as a joke, and instead saw it as a heinous crime.

As funny as it is to be a troll, or even just fit in at a packed arena, I really don’t think it’s a big deal. Sometimes, fans get carried away, and think that if you wear a different team’s jersey, you’re mind will be affected and you will unable to continue to be a fan of the other team.

For example, as a Los Angeles Rams fan, I have hated the Seattle Seahawks for 20 years now. But, the bright green jerseys that Seatttle wore while they ripped my heart out on October 3, and beat the Rams 30-29, were pretty baller. I’m not saying I would wear a Chris Carson jersey if someone gave it to me for free, but I’m not saying I wouldn’t either.

This isn’t the first time I committed a jersey foul, and it surely won’t be the last. In 2014, I wore a Red Wings jersey accompanying my friend, who’s a huge fan, to a game in Detroit against the Winnipeg Jets. It seemed like the thing to do, and I wanted to embrace the fun. Since the Red Wings aren’t a rival of the Oilers, none of my friends cared, but that’s besides the point.

Sports apparel, and jerseys and hats of other teams, are cool. I absolutely love baseball hats, but sometimes I get bored of wearing the same old Blue Jays hat everywhere I go. Different teams have different coloured hats, it’s that simple, and putting on a Chicago Cubs or St. Louis Cardinals hat for a month or two is like pretending you have a different career or live in a different city. After all, they say being a sports fan is a form of escape, right?

As much fun as I had that night, I don’t think I’ll be wearing a Flames jersey again anytime soon. Heck, I’ll wear a Canucks jersey in Vancouver next month at a game against Calgary if the opportunity arrises.

If that makes me the worst, than so be it.