The crazy thing about being in the middle of the biggest, most important energy revolution in human history is that you can’t really tell that it’s happening.
Mar 8, 2019 10:09 AM By: Don Pettit 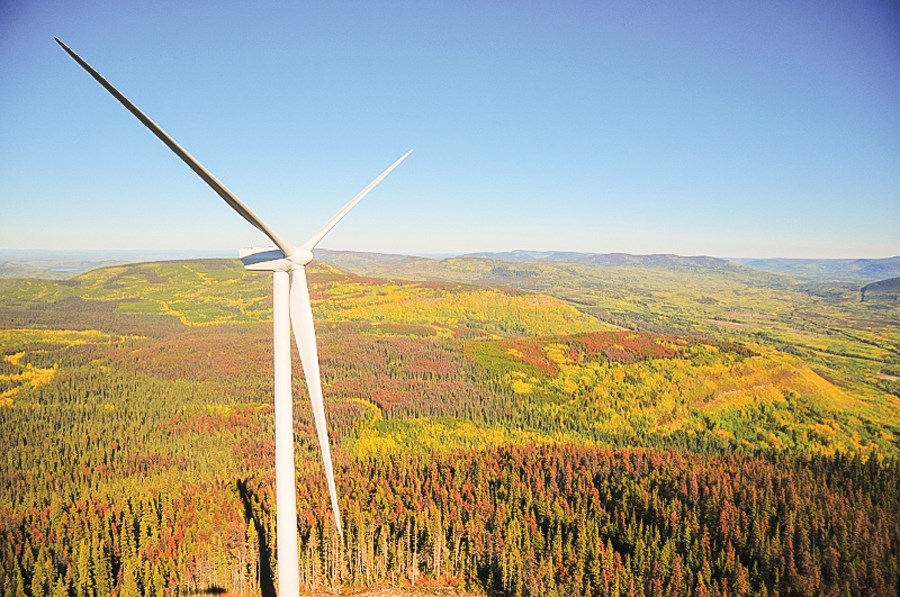 The crazy thing about being in the middle of the biggest, most important energy revolution in human history is that you can’t really tell that it’s happening. It started 30 years ago and won’t be finished for another 30 years (20? 10?), so, like climate change, it’s happening in slow motion.

Today, let’s see if we can get a sense of what’s really happening around us by taking some new-energy snapshots from around the world.

Like solar, the cost of wind power continues to fall — about 70% over the last decade. Over that same time, more wind energy has been built around the world than any other source of energy.

As production of wind turbines continues to ramp up and technology continues to improve, wind energy is poised to become one of the cheapest ways to create power.

Across Canada, the cost of electricity varies by province and time of day, from an average of 6.5 cents per kWh in Quebec to 15 cents in Halifax.

Capital Power, an Edmonton-based company, recently won a 300-megawatt wind contract to be built near Medicine Hat, with a bid of 3.9 cents per kWh. Alberta, by the way, wants 30% of its power to come from wind by 2030.

With a goal of 50% of its energy from renewables by 2030, Saskatchewan is approving wind projects at less than 3 cents per kWh. These are record breaking low rates for energy from ANY source!

Several global tech giants, including Facebook and Google, are scrambling to find as much clean energy as possible to meet their sustainability commitments, and to save money! In fact, clean power deal signings for big tech doubled between 2017 to 2018 to 15,000 megawatts.

Electric cars. They cut toxic pollution, fuel bills, and maintenance costs, they’re slick to drive, and they smell a lot better. But one of the big things holding back their widespread adoption in Canada is the lack of charging infrastructure. That’s about to change, big time.

The new CleanBC program has some $25 million for a network of “fast chargers” across the province. Fast chargers will give an 80% charge in about 20 minutes. The feds are throwing about $100 million into a national network, while Petro-Canada has started installing 50 fast chargers for an east to west coast charging network. Tesla has begun installing a network of fast chargers along the TransCanada highway.

A new network of 20 fast chargers will soon connect Medicine Hat and the Crowsnest Pass as part of the “Peaks to Prairies” EV project. The program, which is 60% funded by carbon tax revenues, hopes to boost southern Alberta’s tourism industry and “connect Alberta to the future of transportation.”

Ford has just announced it will introduce fully electric versions of its popular F-series pickup trucks along with the already promised hybrid version. Tesla has a pickup in the pipeline, and VW has announced a new electric dune buggy, plus a $100 million investment in EV infrastructure. Overall, some 29 automakers are investing more than $300 billion in EVs over the next few years.

In just two or three years, there will be a fast charger every 80 to 100 kilometres along all or most major Canadian highways. At that point “range anxiety” will disappear, and shortly thereafter so will the combustion engine vehicle. There are now some 93,000 EVs cruising Canada’s roads, up 90% from a year ago. But just wait . . .

Hawaii has set its goal to be 100% renewable by 2045 (instead of relying on expensive diesel imports), and has just completed the largest solar/storage system in the world.

Meanwhile, China continues to lead the world in solar as it installs some 100 megawatts of solar every day. It’s a crazy, wild and exciting time. But that’s actually Watt’s Happening.

Don Pettit is vice-president of the Peace Energy Renewable Energy Cooperative. He can be reached at dpettit@pris.ca.

Evan Saugstad: Wildlife management in B.C. – Is it effective in our northern wilderness?
Mar 4, 2021 9:55 AM
Comments