INTEGRITY BC: BC Hydro's little fibs on Site C

The hissing sound you may hear is the unmistakable sound of the air coming out of Site C's tires. As the BC Utilities Commission continues its inquiry on the project, it's becoming more and more apparent that B.C.
Oct 19, 2017 3:33 PM By: Dermod Travis 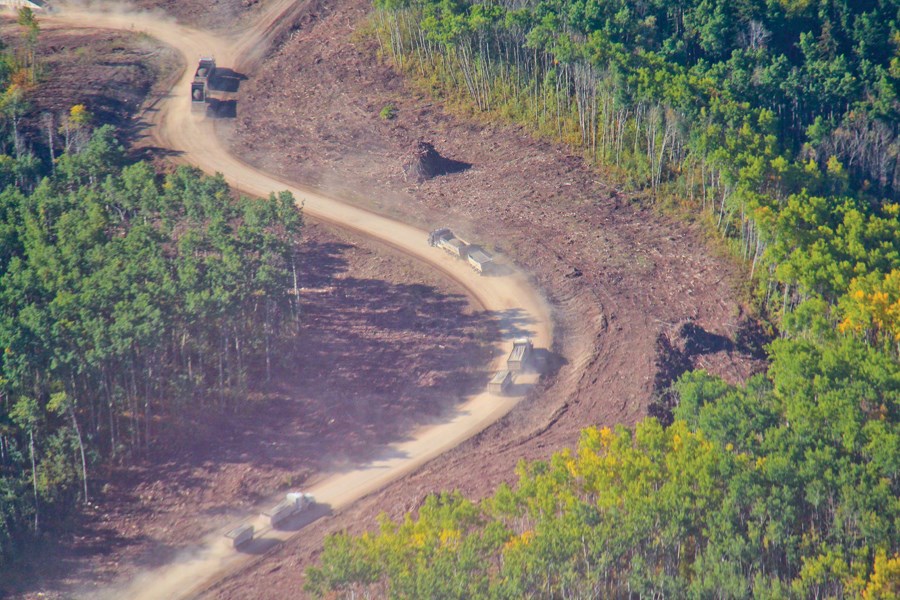 The first phases of Site C construction began July 27 with land clearing and site preparation work on both the north and south banks of the Peace River.Jonny Wakefield/Mike Carter

The hissing sound you may hear is the unmistakable sound of the air coming out of Site C's tires.

As the BC Utilities Commission continues its inquiry on the project, it's becoming more and more apparent that B.C. Hydro has been playing a bit loose with telling the whole truth when it comes to Site C.

Case in point: in December 2014, when the B.C. government announced its decision to move ahead with Site C, B.C. Hydro boasted that an independent analyst had reviewed its methodologies for future demand forecasts and found them to be “state-of-the-art methods.”

Which is true, but not the whole truth.

From his report: “The process will produce accurate forecasts about ten years out. However, the process of producing peak forecasts and sales forecasts are not linked as directly as they could be, and could impact the second ten years of the 20 year forecast.”

Due diligence also seemed to be in short supply when it came to awarding some Site C contracts.

First raised in this space more than a year ago, all three were facing problems of their own at the time.

There have been a few developments since.

In August, the head of Samsung, Jay Y. Lee, was sentenced to five years in prison for bribery, after being found guilty of “offering bribes to the country's former president and other crimes.”

Petrowest finally succumbed to borrowed time and went into receivership in August.

As for “on time and on budget,” Site C is neither and likely never was, despite BC Hydro claiming otherwise.

Here's what then-president and CEO Jessica McDonald told BC Business Magazine in a July 2016 interview: “We can look at our estimates and see where we are, and that’s the best gauge on why we say that the project is very solidly on time and on budget.”

According to court documents filed in the Supreme Court of B.C., “Shortly after work commenced on the Site C project, it became apparent that various project components, including the dam, were over budget and behind schedule.”

Last month, PRHP told the utility that it wouldn't meet the 2019 river diversion deadline, adding an additional $610 million to the project’s costs.

No surprise that a report this year by accounting firm Ernst & Young – Spotlight on Canadian power and utility megaprojects: challenges in financing and delivery – found that Canadian infrastructure megaprojects on average run 39 per cent over budget and behind schedule by 12 months.

How did Site C get off the rails so fast and so early?

No one seems to have been entrusted with looking after the taxpayers' interest, just each other's interest.

In 2007, the utility looked to its boardroom for a consultant – former MLA and then BC Hydro director Jack Weisberger – to lead community consultations on Site C.

You won't find it in any official biography, but as late as December 16, 2013, McDonald was a partner at Catana.

In 2014, another board member – former Partnerships B.C. CEO Larry Blain – left the utility and landed at KPMG as its Senior Director, Global Infrastructure Advisory where he joined Gary Webster, a partner at the accounting firm, who was advising B.C. Hydro on Site C, advice some might better characterize as cheer leading.

None of this bodes well for an on time and on budget finish of Site C, if there is a Site C to finish after the BC Utilities Commission sends its final report to the government.

But no matter how it plays out, there are some tough questions that need to be asked.

First among them: how did an $8.7-billion project get so far down the road without any independent oversight?

Dermod Travis is the executive direct of IntegrityBC.