Judy Kucharuk: Imprisoned in my own home 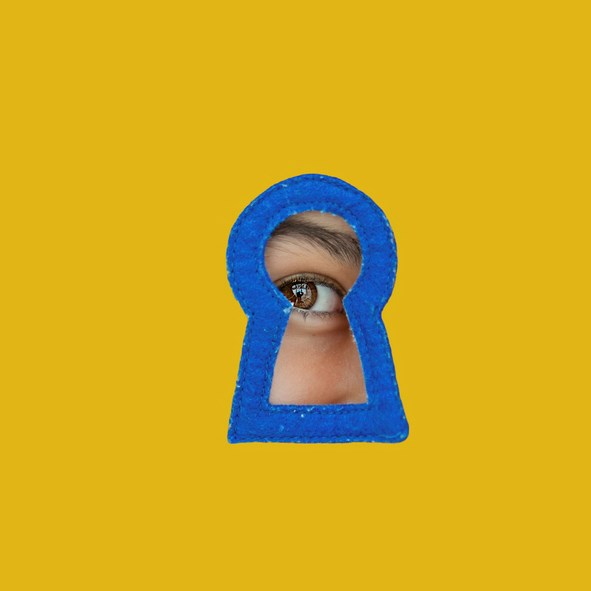 Judy Kucharuk: "It had only been 15 minutes from the moment that I had heard the click of the lock to being rescued by my neighbour, but I like to think that my temporary confinement provided me with some important insight."Carol Yepes / Getty Images

As soon as it clicked shut, I knew that I was in big trouble.

I reached through the hole with my trembling hand and manipulated the mechanism to see if I could reverse the action. Nope! It would not budge. I resigned myself to the fact that I was home alone and locked in the bedroom. I let out a big, frustrated sigh and leaned against a freshly-primed wall while I considered the tools in my sight line that I could use to MacGyver my way out of this situation.

My journey to confinement had begun the previous day. That morning I had felt an inexplicable rush of energy akin to the ‘nesting’ phase of a third trimester pregnancy and decided to tackle a project that had been on the back burner for years. Today was the day that I was going to freshen up my son’s bedroom with a fresh coat of paint.

I proceeded to disassemble the bed, huffing, and puffing as I manoeuvred the queen size box spring and mattress onto their sides and slowly pushed them into the hallway. At this point I was still fairly fresh with nary a sweat stain to be seen, but as I found myself wedged between the wall and the mattress, I could feel the moisture building at my hairline.

Side note: Why don’t mattresses have handles? Even soft loops on the bottom where you could gain a handhold?

With the mattresses removed, I could move on to the little things like dresser, bed side table, etc.

The room was now bare of furniture and all that remained was the 1995 decor, aka textured papier-mâché wall and wallpaper border. You might wonder what a papier-mâché wall might look like? Well, back during my Martha Stewart year’s, I took a bundle of shredded bits of coloured paper, saturated them with a glue and water mixture and then applied it to an entire wall. Did I come up with this on my own? No, I spied the product at a hardware store and thought, “Martha would think this is so cool!”

To confirm 20-plus years later: It is not cool.

Using my fabric steamer and a spray bottle of warm water and vinegar, I spritzed, steamed, and scraped for two hours. I used curse words that I generally only use for special occasions. Finally — mission accomplished! Now it was time to tackle the wallpaper border. I think I need to come up with new swear words.

THREE HOURS! It took three hours to remove a measly wallpaper border. I am not sure if it was the age of the wallpaper or the NASA-approved glue that manufacturers used back then, but it was a never-ending cycle of saturate with vinegar, scrape first layer, saturate again, scrape second layer, and SATURATE AGAIN and remove the residual glue.

Time to wrap up for the day. As I admired the clean walls, I thought to myself, “Dark blue shouldn’t be too difficult to cover if I prime it first, right?”

I woke early Sunday, my shoulders and legs were giving me the message: 'Maybe you should rest today.' But I was on a mission!

I filled holes with wall filler stuff, sanded and washed the walls – now we prime!

The primer was not covering that pesky blue. How many coats of primer would I need? At this point I had made my way over to prime the door. The door without knobs.

I was imprisoned in my own home.

As I inventoried the room for possible tools to assist in my escape, I realized that the doorknobs were in the kitchen along with the screwdriver, butter knife (my pseudo flathead screwdriver), and my dignity.

I glanced at the window. Would I fit through the window if I took the bracket things off?. I reconciled that the easiest way out of my imprisonment would be by texting my neighbour and asking her to come and get me out of the room.

Neighbour to the rescue! I yelled out the front window, “The front door of the house is locked, but I will give you the code!” I heard the front door open, and I yelled again, “Sorry for the mess – this is so embarrassing! The doorknobs are on the kitchen counter!”

It had only been 15 minutes from the moment that I had heard the click of the lock to being rescued by my neighbour, but I like to think that my temporary confinement provided me with some important insight.

Sadly, I didn’t finish my impromptu weekend project. My pride and my body are bruised and battered, and I will need this week to recover.

Join me next weekend as I discover how many coats of primer I will need to cover that darn blue!