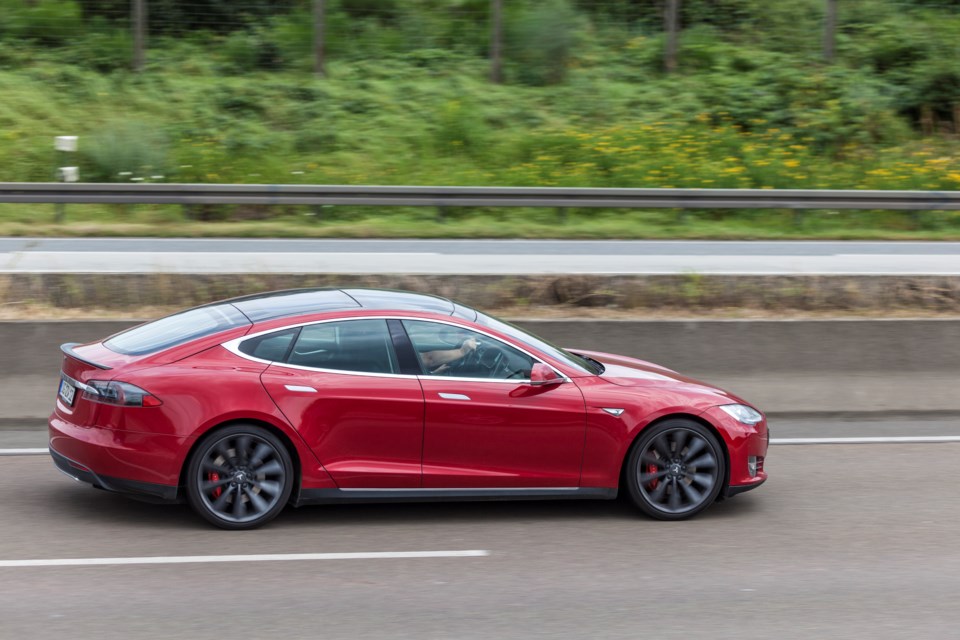 Do you have or want a Tesla? Getty Images
I have to say, I’d never seen so many Teslas until I moved to Squamish.

Before coming here, Teslas to me were like rare bird sightings. The charging stations were like alien spaceships beamed down from another world.

But now, whenever driving around town or up and down the Sea to Sky, I see two or three per day. On a busy day, I’ll see up to 10. The novelty quickly wore off.

I went from being excited when spotting one, to indifferent, to downright resentful.

Over time, I came to think of Tesla owners as a new breed of enviro-jerk — an enviro-Chad, if you will.

Look at us! We can drop 100 to 200 grand to show everyone how much we care about the environment! Also: nothing says caring about the Earth more than falcon doors, am I right?!

For a while, every time I saw a Tesla drive past me on the highway, I could feel myself throw up a little in my mouth. It was a bitter, bitter taste.

But, over time, my thinking has changed.

It’s human nature for us to want cool toys that convey status.

Before Tesla, an electric vehicle was basically something that your shrill-voiced will-die-alone crazy uncle would drive. It wasn’t cool. It was the domain of weird hippies.

The words ‘sporty,’ ‘powerful’ and ‘cool’ coupled with ‘electric vehicle’ were oxymorons.

It’s a conundrum that’s been a big problem with getting the world to become more and more green.

Yes, people understand what’s good for the planet — but people have a hard time making sacrifices. And one of those sacrifices has been the essence of what’s considered ‘cool.’

Before Teslas, if you were a person that wanted to have a cool car — and help out the environment as well — there was not much for you.

But now, with Teslas — and increasingly more sexy electric vehicles on the market — that itch can be scratched.

I’ve realized that Tesla acknowledges that humans are vain beings attracted to status, neat toys, and a sense of cool. We all have that in us.

Even the hipsters who will only wear Value Village clothing have carefully curated their ‘I don’t care’ look.

So instead of fighting against those innate tendencies, why not embrace them?

Electrification is not a silver bullet and comes with its problems, but there’s no question that it’s an absolutely essential part of cutting carbon emissions. Why not make it something to be coveted instead of a sacrifice? It’s also getting cheaper. A Model 3 is roughly around $50,000 Canadian, which can be pushed down even lower depending on provincial rebates. Still pricey, but not stratospherically so.

So yes, I may have once been a bit judgmental about Tesla owners, but maybe, if and when I need a new vehicle — and if and when I have a bunch of cash on hand — I might even consider a Tesla of some sort.

But definitely not something with falcon doors.