B ack in the autumn of 2018, the BC NDP released a policy paper called CleanBC. It was an effort on the part of the NDP-Green coalition to show they are serious about climate change issues and willing to put their words into action.
Jan 24, 2019 10:01 AM By: Rick Koechl,Mike Kroecher 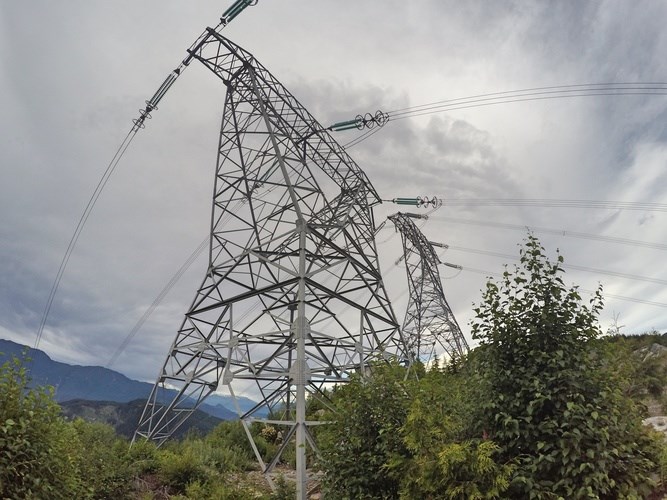 Back in the autumn of 2018, the BC NDP released a policy paper called CleanBC. It was an effort on the part of the NDP-Green coalition to show they are serious about climate change issues and willing to put their words into action. The problem, as is so often the case, is that it’s only an outline that gives generalizations without any specifics. How realistic are the goals that have been presented in their policy paper?

On page 52 of the document, there is a section called Goal Snapshot. One of those goals identified has to do with home heating and the type of energy that apparently will be used by the year 2030. It states: “60% of homes and 40% of commercial buildings will be heated with clean electricity.”

It might be fair to ask, what do they mean by clean electricity? The likely answer from their vantage point would include hydroelectricity. At present, under the former Liberal government, B.C. is not allowed to produce energy from any other source other than “clean” sources to the tune of 92% of its portfolio. That law is still intact today.

Raising the bar to 60% of all homes using “clean” energy immediately disallows the use of natural gas for home heating, because it’s no longer considered clean, being a fossil fuel. We have to understand that the vast majority of homes in 2019 here in B.C. use natural gas for home heating. A reality check is in order to understand the ramifications 11 years from now — if this policy change is going to happen.

Stats Canada, in its 2016 Census, indicated B.C. has 1,881,969 detached or semi-detached homes. Keep in mind this does not include apartment units. FortisBC, one of B.C.’s natural gas and electricity utility providers, has crunched the numbers for us, stating the average house needs about 90 gigajoules of energy for heating. Translated, that would be about 25 megawatt hours of straight electricity per household per year. If we take 60% of all those B.C. homes (not including apartments or commercial buildings) the number ranges around 1,129,181. Clearly that number increases significantly each year with new home construction. We would need around 28,229,535 megawatt hours of additional electricity to accommodate just electrical heating. One Site C will apparently produce about 5,100,000 megawatt hours per year. That means we would need close to six new equivalent Site Cs just for residential homes, not including apartments or commercial offices.

Where would this source of “clean” energy come from? Clearly, no other Site Cs are being planned, with very limited prospects for any other alternatives such as large scale solar or wind power. Where will the NDP-Greens obtain this massive amount of clean power to achieve their 2030 goal? It would appear CleanBC hasn’t given adequate consideration to this question.

Another critical question to ask the folks at CleanBC is electricity pricing. All ratepayers of this province are bracing for yet another 2.6% hike on April 1 as rates continuously rise. For the record, there are no discounts offered by BC Hydro for electric heating. That program was phased out years ago. This government apparently does not want us to use natural gas, oil, or wood for heating, so going electric is the consumer’s only choice.

If you do the math on this 25 MWh of electricity for yearly individual home heating purposes, at today’s BCH rates of approximately 11.5 cents/kWh, you would be adding about $2,800 to your hydro bill every year. This would not include the present bill that you are already paying on a monthly basis. Chances are, that you, and most other British Columbians, would not be able to afford the additional costs incurred.

If BC Hydro does not remotely have the capacity at present (even including Site C) to meet this new demand, why is CleanBC pushing this idea? One would have to wonder if BC Hydro really would want 60% of us by 2030 to use electricity for home heating? Who in the NDP-Green government has done the math that would allow for this transition? We have to assume this was just a number picked out of a hat.

To be fair, the 2019 provincial budget will be aired next month, perhaps giving some substance to CleanBC intentions for 2030. In the meantime, BC Hydro has been spending tens of millions of taxpayer dollars on PowerSmart ads and programs, asking us to conserve electricity and to use it wisely.  Fair enough, but why then would this latest government shift, and defy the purpose of years of BC Hydro efforts to have us conserve or save energy?

Perhaps this gives the present government some credence to the optics for building a third dam on the Peace River.

Mike Kroecher is a long retired resident of the Peace, expressing his deep roots in the land through his art. Rick Koechl is a recently retired teacher of the Peace with an enthusiasm for politics and energy.