Ruby McBeth: Getting ready for the Grand Parade 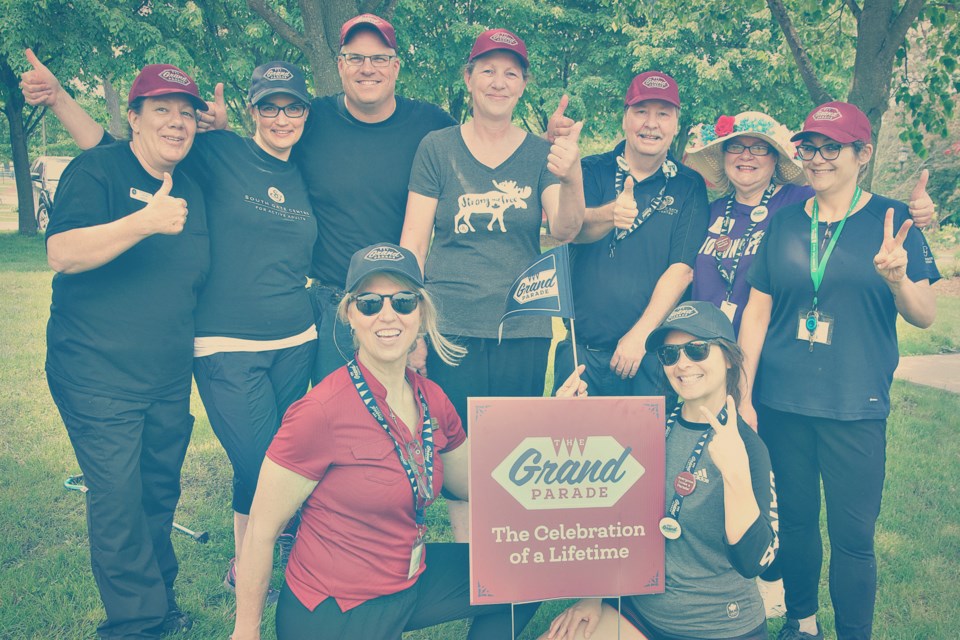 Ruby McBeth: "The Fort St. John Seniors Foundation is very excited to be hosting the Grand Parade for the first time and are looking to the community for support and involvement."The Grand Parade

On Wednesday evening June 30 a storm went through hitting the Red Creek area, Montney, Blueberry First Nations and Prespatou areas hard. July 4 I asked at the Church at the Good Shepherd in Taylor if anyone knew about the storm. Marj Harris told me that the storm had hit their place and knocked trees down. She said that their leased pasture to the west got the worst of it and looks unusable. Cindy and Ed Goerzen had been up to Red Creek and gave me a number to phone to make donations. I phoned and the lady said they wanted liquids. After we dropped off the fruit juice, she gave us her permission to drive down the Red Creek Road. We saw many trees down but did not see damage to buildings.

The highway just before Red Creek was only one way traffic because of hydro crews working, so we went on up a bit and over to Montney. From there through to Marg Harris’s place and then over east to Rose Prairie there were patches where trees were knocked down. I learned later that lightning touched down on Bob and Chris Lamoureux’s wood pile in the Pine View area starting a fire. Neighbours came with water trucks and sprinklers containing and putting out the fire. It was a long night for the fire fighters.

This is a heads up to let you know that the Fort St. John Seniors Foundation is very excited to be hosting the Grand Parade for the first time and are looking to the community for support and involvement.

Friend and former neighbour Jill Sutton is moving to Ontario to live closer to her daughter Melinda. Jill and her husband Bill ran the One Two Three Grow Nursery at their place in Baldonnel some years back. Jill was active in the North Peace Spinners and Weavers Guild. We will miss her!

YouTube is the word of the week. This is the most popular video library of the internet. Lots of fun - short videos for entertainment and instruction. Google YouTube and go explore.

Quote of the week

“Your neighbour is the man who needs you.” - Elbert Hubbard