Congratulations to the new Seniors Club executive, and kudos to our Beatton Park volunteers
Apr 13, 2021 12:02 PM By: Ruby McBeth 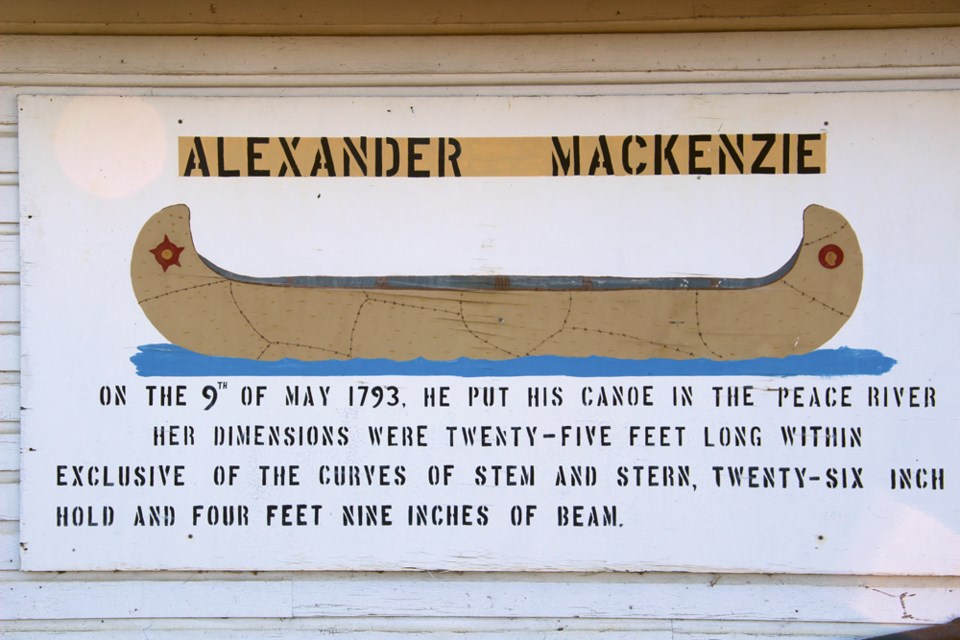 On May 19 in 1793 Alexander MacKenzie stopped near where Hudson’s Hope is now on his way across Canada. Ruby McBeth

A month ago Lorne and I took a Sunday drive up to Hudson’s Hope. Before going, I got out the Peacemakers of the North Peace and started reading Edith Kyllo’s pages. The story of Hudson’s Hope comes alive in Mrs. Kyllo’s telling.

She states that on May 19th in 1793 Alexander MacKenzie stopped near where Hudson’s Hope is now on his way across Canada. Another interesting fact: the first gas was discovered in 1920 near Hudson’s Hope. It was used to warm a dwelling and cook food. In 1930, the first dinosaur tracks were located near there.

Mrs. Kyllo tells about Louise “Toolie” Beattie, the first white child to be born in Hudson’s Hope. Toolie married Al Hamilton and they ran Hamilton Stationers in Fort St. John. I remember her in the store where the Royal Bank is now when I first came north. Although the museum building was closed the area outside the museum had replicas of a trapper’s cabin, a cache and a shed with very old machinery.

The City of Fort St. John is looking for volunteers to help with immunization clinics. Volunteers would be greeters, flow monitors, general runners, and TLC volunteers. If you are interested phone 250-261-7525.

Starting at the beginning of April, the care homes are allowing visitors more access to their loved ones. I know there are many people who will be rejoicing about this.

I have really enjoyed the Beatton Park cross country ski trails this year. A big thank you to Eliza the president of the Whiskey Jack Ski Club and to the groomers: John, Dennis, Darren, Ken J., and Robert H. Also Ron J., who cleared trails at the beginning of the season by cutting up some trees that had fallen across the runs.

Skiing out there was very peaceful and worry free. I would go out early in the day when there were no more than three or four people there. It felt so good to enjoy nature without having to be concerned about my safety.

Quote of the Week

“Easter is very important to me. It’s a second chance.” - Reba McEntire