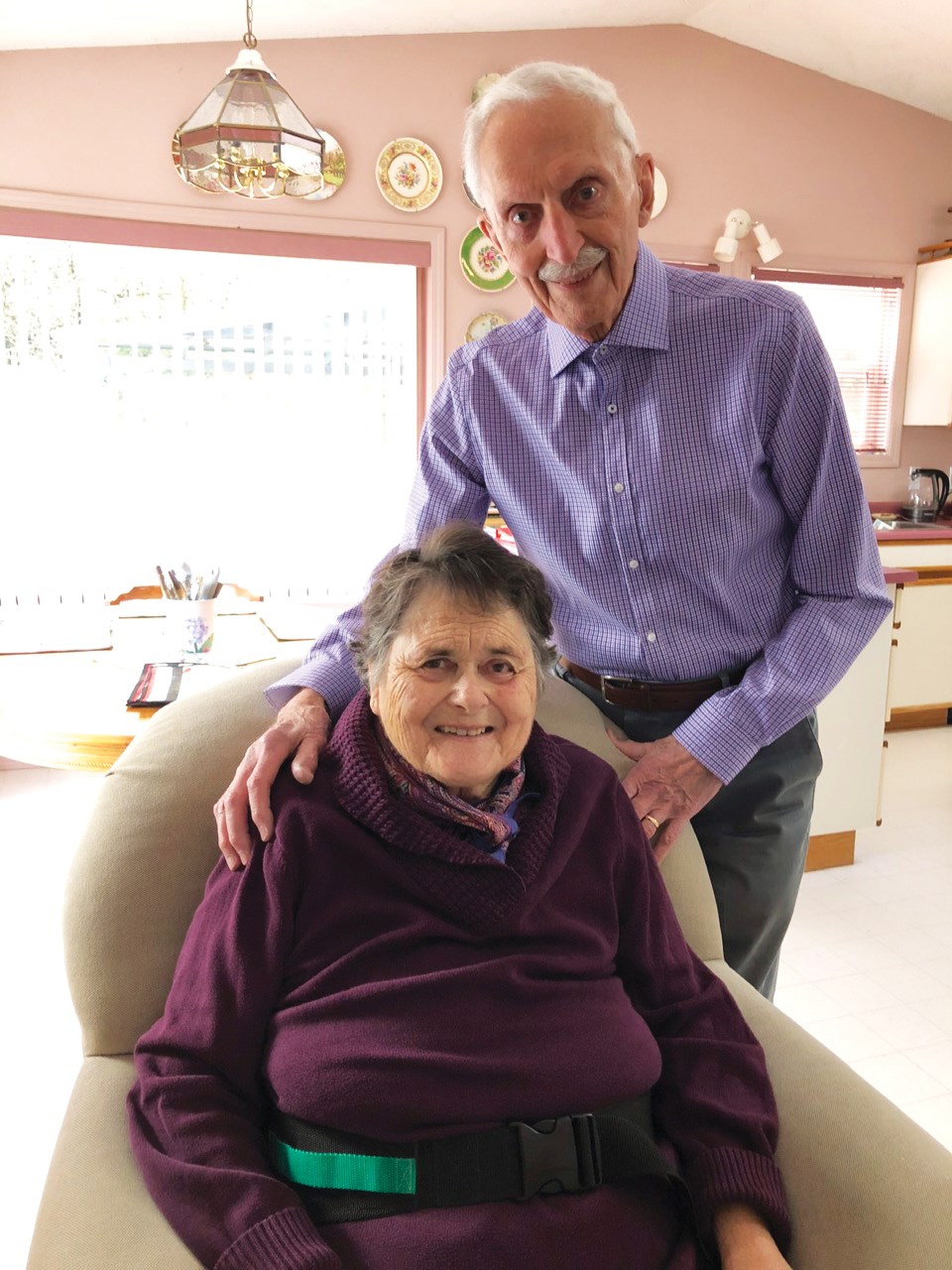 Congratulations to Lawrence and Elizabeth Richards on their upcoming 65th wedding anniversary.

Lawrence and Elizabeth came north in 1964 because Lawrence had been appointed the vice-principal of a new school — Bert Bowes Junior Secondary. I first met Lawrence Richards when I went to the Bayshore Inn in Vancouver to apply for a job in the North Peace. Lawrence and Tony Brummett were the interviewers

. When I started work at Bert Bowes in September 1967, Lawrence was the principal. I worked under him until 1972 when Tony Brummett took over and Lawrence moved to Alwyn Holland where he was principal for 10 years.

Their daughter Sally Emory (you will remember her from NEAT) tells me that her mother had trained in teaching before she got married. Although she mostly stayed home with the kids when they were young, she did do some relief teaching. I got to know her later in her career when we both worked as school librarians.

Lawrence and Elizabeth moved to Vancouver Island when they retired. Their 65th wedding anniversary is on March 31.

Lorne now has had his Pfizer vaccine shot. When I reminded him that the second dose wasn’t coming soon, he replied dryly, “Well I wasn’t planning on a European tour.”

Dolly has put her money where her mouth is. Last year she donated $1 million to coronavirus research. Some of that money was used in the development of the Moderna vaccine.

Quote of the week

“The most romantic love story isn’t Romeo and Juliet who died together but Grandpa and Grandma who grew old together.” - Author unknown