The following is an open letter to the NDP cabinet and BC Green leader Andrew Weaver: The purpose of this letter is to help alleviate concerns you may have about the idea that the money spent to date on Site C could be considered a waste, as well as
Nov 22, 2017 9:44 AM By: Alaska Highway News Staff 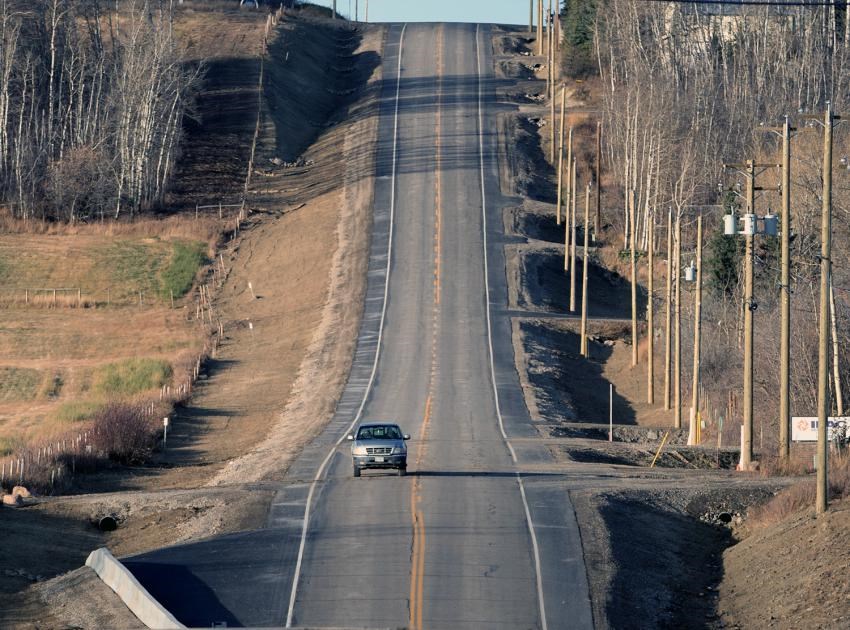 Completed upgrades on the 271 Road.BC Hydro

The following is an open letter to the NDP cabinet and BC Green leader Andrew Weaver:

The purpose of this letter is to help alleviate concerns you may have about the idea that the money spent to date on Site C could be considered a waste, as well as concerns about the costs of remediating the construction site.

Further, I would like to bring to your attention that I believe the costs of remediation will be much less than determined by the BCUC, a position which I feel is supported by the discrepancies for such costs provided by BC Hydro and Deloitte.

Benefits to the Peace Region from Site C construction related activities to date:

• Development of access to gravel quarries will reduce costs for future projects;

• Utility infrastructure associated with the worker accommodation camp provides the Grandhaven subdivision with a potential water source as well as cisterns and sewer lagoon. Additionally, the 6” natural gas pipeline can service residents in the area;

• The training and skill development of workers, including Indigenous people, are valuable, transferable skills that increase the quality of the local labour force;

• Numerous environmental studies and assessments on fish, wildlife, hydrology, archaeological, heritage, agricultural and transportation resources will provide valuable support to regional cumulative effects assessments and project planning, thus reducing the costs for such studies by government and industry in the future;

• The viewpoint built at Site C can be further enhanced to provide an interpretive area showcasing the rich historical and cultural values associated with the Peace River Valley—a much needed development for the local area;

• Infrastructure such as fencing, temporary bridges and raw materials can be repurposed for regional uses or sold.

There are considerable discrepancies in the estimates to remediate the Site C construction site: BC Hydro submitted that they believe it will cost $1.1 billion; Deloitte suggested it would cost $1.2 billion; and, the BCUC estimated $1.8 billion. I would think that, based on their experience working at the site, BC Hydro would have first-hand knowledge of the cost for this work.

My company has made deliveries to the site, and I frequently fly over it in my personal aircraft and have noted that much remediation work has been conducted immediately following work to date.

Given that only $562 million has been spent on construction activities on-site as of June 30th, 2017, it seems unlikely that it would cost $1.8 billion to remediate the site. Areas that were cleared within the last year showed vigorous regrowth of trees and vegetation last summer.

I am happy to discuss any questions or concerns you may have and I invite you to come to the Peace Region where I will be more than willing to take you for a fly over of the site.

Have something to say?

Email your views to: editor@ahnfsj.ca