North Pine Fractionator expansion near Fort St. John a cornerstone of the plan
Apr 24, 2019 10:06 AM By: Rob Brown 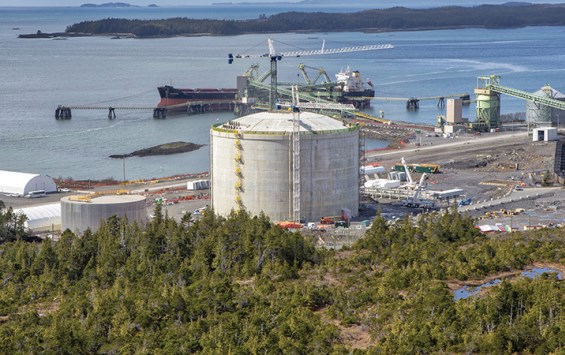 The Ridley Island Propane Export Terminal will be fully operational this spring.

AltaGas says propane will be operational this quarter, with propane leaving the terminal later this year.

Expansion of the North Pine Fractionator near Fort St. John will feed propane into the Ridley Island project, which AltaGas has called a cornerstone asset.

“With our RIPET project coming online, as scheduled in early spring, as the first propane export terminal in Western Canada, we are poised to execute on our strategy to leverage this unique capability to attract new producer commitments,” said Randy Crawford in the company’s annual report.

“At the same time, I see ample opportunity in our Utilities to renew and extend our distribution pipelines and drive higher returns through operational efficiencies, superior customer service and accelerated rate recovery mechanisms.”

He says the cornerstone of this strategy is RIPET, located near Prince Rupert. RIPET leverages AltaGas’ existing gathering, processing and fractionation work and the facility is scheduled to commence its operational phase in the first quarter of 2019, and the first cargo is expected to depart Canada’s west coast in the second quarter of 2019.

Also coming into service in 2019 are the Townsend 2B Facility and Nig Creek Gas Plant.

These projects will attract additional natural gas liquids to AltaGas’ system, increase utilization of AltaGas’ existing liquids pipelines, and drive the need for an expansion of the North Pine Fractionator.

Construction is underway on the Ridley Island Propane Export Terminal Project, which has been designed to ship up to 1.2 million tonnes of propane per year.

Propane from British Columbia and Alberta natural gas producers will be transported to the facility using the existing CN rail network. It is estimated the terminal will offload approximately 50 to 60 rail cars per day and deliver by marine transport approximately 20 to 30 cargos of propane per year to market.