Wait for PNW LNG investment decision could drag into June 2017

The head of an advocacy group for B.C.'s oil and gas service sector says it could be almost another year before Petronas makes an investment decision on its Pacific NorthWest LNG facility.
Jul 5, 2016 2:32 PM By: Jonny Wakefield 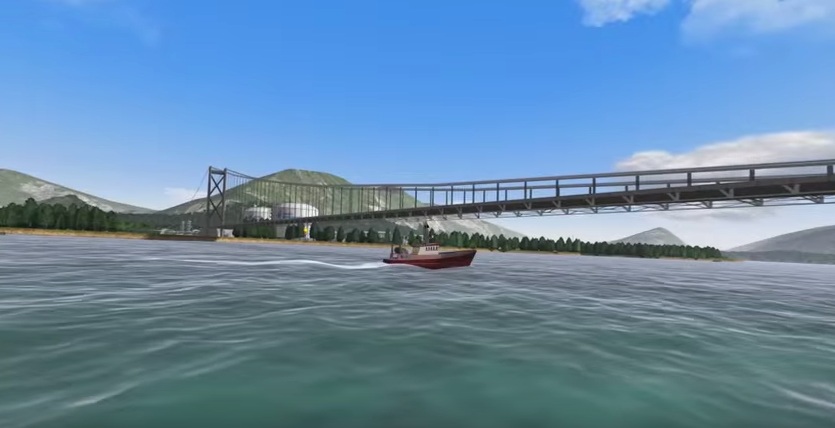 The suspension bridge which would carry processed LNG from the Pacific NorthWest LNG facility to a marine berth off Lelu Island. A decision to invest in the project likely won't come until next June, the head of an oil and gas advocacy group says.Supplied

The head of an advocacy group for B.C.'s oil and gas service sector says it could be almost another year before Petronas makes an investment decision on its Pacific NorthWest LNG facility.

At the annual general meeting of Energy Services BC late last month, President Dave Turchanski told members that, according to a source within the company, the Malaysian oil and gas giant likely won't make a final investment decision on Pacific NorthWest until June 2017.

The facility, which would be built on Lelu Island near Prince Rupert, would process gas from Northeast B.C. for export to Asia. It is undergoing a review by the Canadian Environmental Assessment Agency, with a decision expected by mid-September.

"We're looking at (the second quarter) of 2018 before things really get going again," Turchanski said. "We're a long ways out yet."

A spokesperson with Pacific NorthWest LNG would not confirm when a final investment decision would take place. The company gave conditional approval to the project in July 2015. However, the Canadian Environmental Assessment Agency has since delayed the project, saying it needs more time to review its impacts on carbon emissions and the Skeena River salmon fishery.

A June 2017 final investment decision would be politically difficult for the governing B.C. Liberal party, which is facing an election campaign in May 2017. Developing a liquefied natural gas (LNG) industry was a major plank of the B.C. Liberal platform during the 2013 election. As many as 20 LNG export projects were proposed for B.C.'s coast, with Pacific NorthWest long considered the front runner. Now, economic headwinds, including a glut of gas on the world market, make it possible none of the projects will proceed.