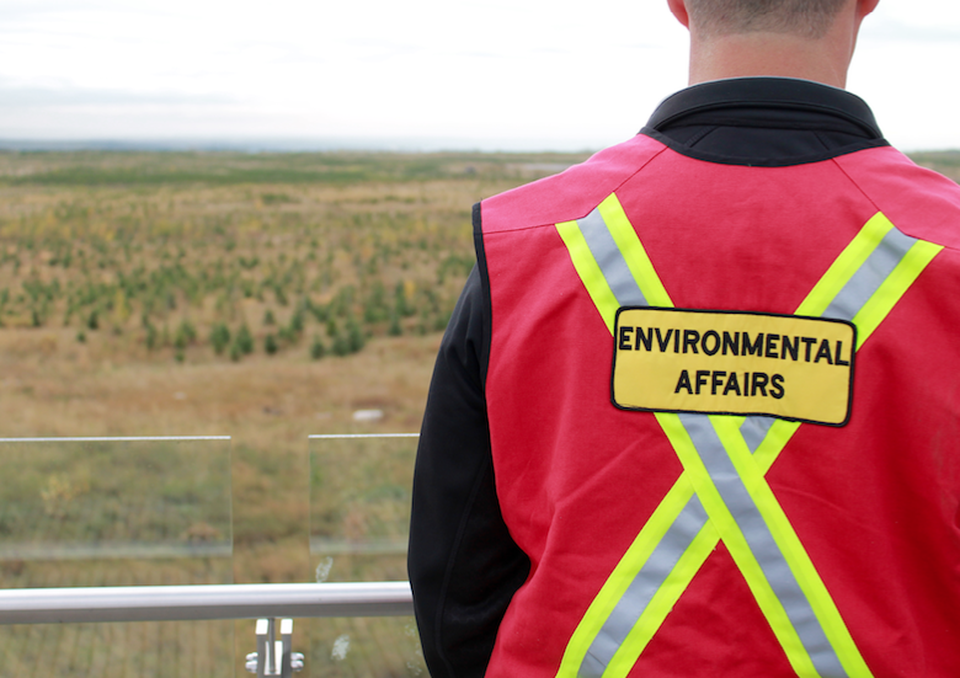 In 2010, Suncor Energy became the first oilsands mining operator to successfully reclaim a tailings pond to a solid surface. It was, in fact, the first tailings pond in the industry, opened along with the original operations of Suncor predecessor Great Canadian Oil Sands in 1967

Tailings ponds are essential to the oilsands mining industry's water-based extraction process, according to the Alberta Energy Regulator, as they act as both holding basins from which process water can be recycled and as settling basins where solids can be separated from tailings.

But the ponds occupy a large surface area and are a main concern of environmental groups opposed to oilsands development. Tailings ponds currently occupy more than 170 square kilometres of the mineable oilsands region in northern Alberta.

For Suncor, Tailings Pond 1 became Wapisiw Lookout, named for the Cree who first introduced bitumen to European settlers. It was officially opened in a ceremony in September 2010 that included blessings from local First Nations leaders and greetings from then-premier Ed Stelmach.

“This is a day that many of us have been looking forward to, and I’m extremely pleased to see it come to fruition,” the late Rick George, former Suncor CEO, said at the event.

“Once surface reclamation is complete, this 220-hectare area will be transformed into mixed wood forest and small wetland capable of supporting a variety of plants and wildlife. And then, over the next two decades, we will closely monitor progress on the site.”

It’s now been seven years since the opening of Wapisiw Lookout, and the company is pleased with its progress. It is unlikely that the site will be returned to the Government of Alberta, officially certified reclaimed and opened for public access in the near term, Suncor says, because it is inside the gates of its base plant and in close proximity to its ongoing operations.

Here’s a look at the transition from Tailings Pond 1 to Wapisiw Lookout, after seven years of growth.