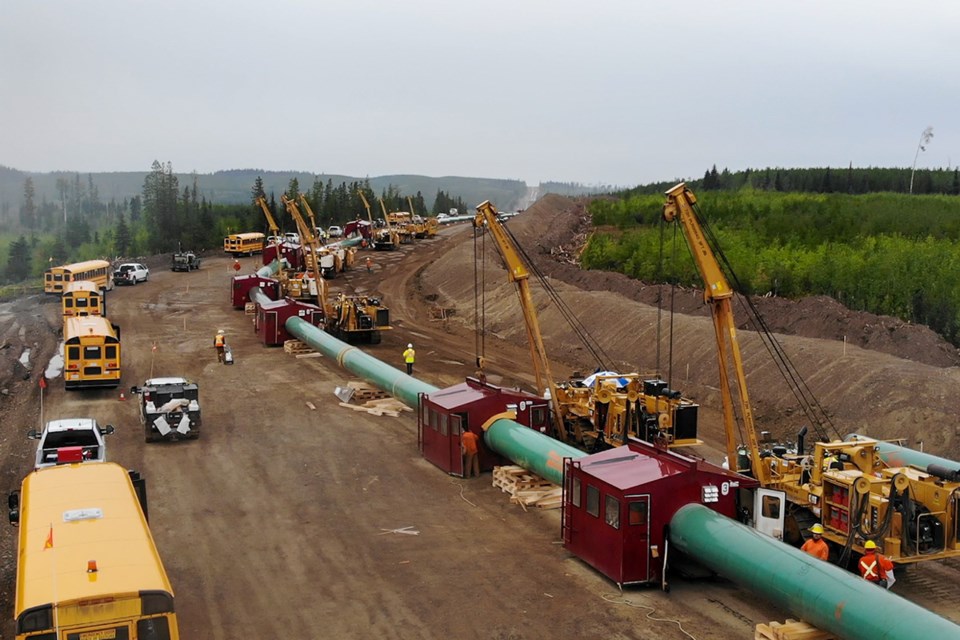 A B.C. Supreme Court Justice has dismissed a bid by a group of Wet’suwet’en hereditary chiefs  to put the Coastal GasLink pipeline project through a new environmental review.

In a decision issued Tuesday, Justice Barbara Norell found the concerns raised by the chiefs, as as represented by the Wet’suwet’en Treaty Office Society, fell short of what would have been required to revoke CGL's environmental assessment certificate for the project.

The chiefs had taken issue with the way the provincial government's Environmental Assessment Office had dealt an application from CGL to extend the certificate for a further five years.

Originally awarded in October 2014, and following a two-year process, the certificate imposed 32 conditions for the project.

In April 2019, CGL had applied for the extension because it had failed to substantially start the work within the certificate's five-year life and seven months later, in October 2019, the extension was awarded.

However, the decision from the EAO was limited to a 1 1/2-page order and without any formal reasons, prompting the WTOS to claim the decision was procedurally unfair.

The WTOS also claimed the EAO failed to account for complaints of non-compliance by CGL on the work that had been conducted up to that point and failed to consider the findings of the Missing and Murdered Indigenous Women and Girls Inquiry that "bear directly" on the project.

On the lack of formal reasons, Norell noted that an evaluation report concerning CGL's application, as well as a supporting "tracking tables" and "response document" are posted on the same EAO website where the order is found.

"I find that to the extent there was a duty to provide an explanation for the Decision, this duty was fulfilled by those documents," Norell said.

On the complaints of non-compliance, Norell found they were adequately considered during the review and that there was "ample evidence" from EAO inspection reports that CGL was addressing the concerns raised.

On the MMIWG report, Norell said the EAO has requested that CGL consider the harms identified and noted CGL is required to provide semi-annual updates of its socio-economic effects management plan.

However, for a 78-kilometre stretch south of Houston that has been at the centre of a dispute with the chiefs, 58 per cent has been cleared and no grading or pipeline construction has been completed.

It said site preparation will be ongoing until this summer, with clearing to resume at that time, and grading and pipeline assembly to start this fall.

On April 16, the provincial government said it will provide the Wet'suwet'en hereditary Chiefs with $7.22 million to "support work to implement Wet'suwet'en title and rights."

The step follows on a memorandum of understanding signed by the provincial and federal governments and the chiefs in May 2020, part of an apparent truce that ended a spate of nationwide blockades and protests.