Three large pieces of equipment weighing nearly 1,000 tonnes have arrived in Kitimat, marking the beginning of the “going vertical” stage for the $17 billion LNG plant being built there.
Jun 11, 2021 1:44 PM By: Nelson Bennett / Business in Vancouver 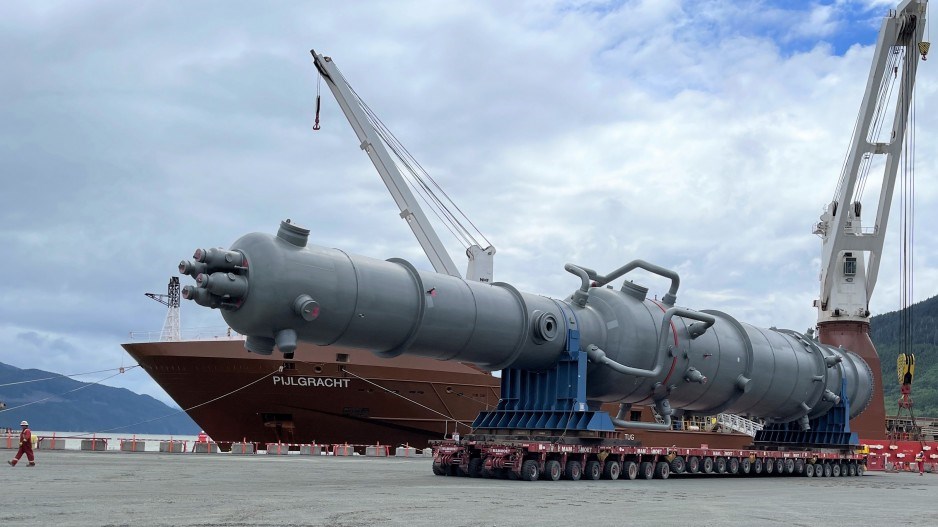 A cryogenic heat exchanger, built in Germany, being moved by self-propelled transporter.LNG Canada

Three large pieces of equipment weighing nearly 1,000 tonnes have arrived in Kitimat, marking the beginning of the “going vertical” stage for the $17 billion LNG plant being built there.

The equipment arrived earlier this week by ship, and will be placed on self-propelled transporters that will move them three kilometres along a special haul road to the site where the liquefaction plant is being built.

The aluminum cryogenic heat exchange unit and precoolers were built in Germany by Linde plc, which is based in Dublin, Ireland. Later this year, a second heat exchanger and two more precoolers are expected to be delivered. 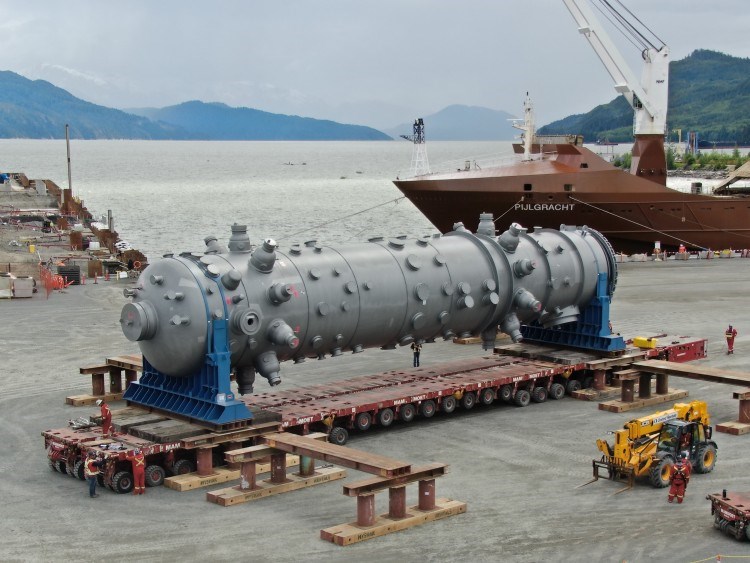 One of two precoolers that arrived this week. . By LNG Canada

Once in place, they will be erected and will form the heart of the processing plant that will chill natural gas to minus 160 degrees Celsius to turn it into a liquid for storage and then transport via specialized LNG carriers.

“Taking delivery of our first main cryogenic heat exchanger and precoolers is another significant milestone for the LNG Canada project, and represents a number of firsts for us,” LNG Canada CEO Peter Zebedee said in a written statement.

“It’s our first opportunity to receive critical infrastructure at our new material offloading facility, and our first heavy equipment transport along our new haul road to our main construction site.

“Thanks to the thousands of highly-skilled Canadians who are working on our project, we’re making tremendous progress in 2021, and we’ll be reaching more major milestones, safely, in the weeks and months to come.”