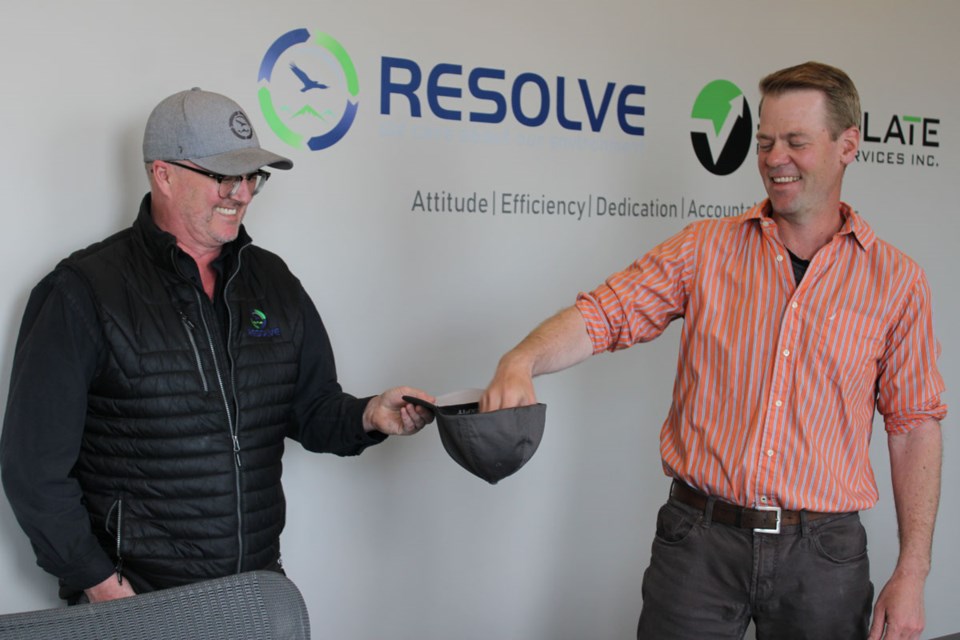 Fort St. John community groups are benefiting by the thousands from a new pay it forward campaign from one local energy company.

Resolve Energy Solutions has been drawing organizations from a hat once a month this year, donating $1,500 to local causes, charities, and non-profits.

The Prespatou 4H Club was the winning club drawn for May, and since January, the Salvation Army food bank, North Peace Pregnancy Care Centre, Fort St John Hospital Foundation, and North Peace SPCA have all benefited.

Resolve owner Joffre Jorgenson says the Pay It Forward initiative was sparked after his company was on the receiving end of a such campaign among local businesses, and won a free one-year lease on a new pickup truck.

Jorgenson said the company decided the best thing they could do is help community organizations in need, building social value for residents.

“We were very grateful to be recipient of that award and we thought it be a great opportunity to pay that gift forward and give back to our community,” said Jorgensen. “All communities are in need right now, we’re grateful to be working and keeping busy enough to be able to do that.”

Jorgenson would like to keep the program going in future years, with large list of groups the company is keen to help. He said the idea came along at the right time.

“The response from the community, the appreciation, we’re very grateful and appreciative that we’re able to give back to the community,” he said. “It’s one of those fill your cup type of initiatives. The lights are on and we’re thriving as a business, so why not give back?”