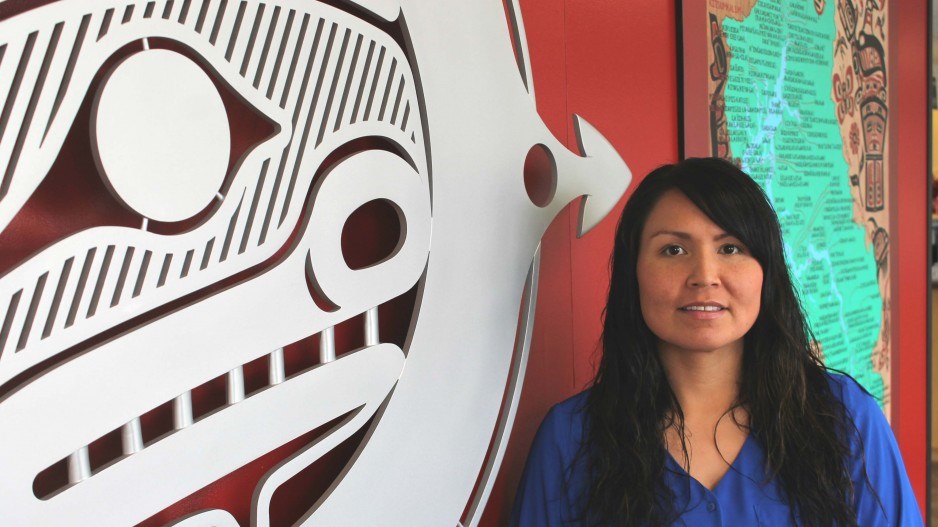 Haisla Chief Crystal Smith: "With a strong partnership, Cedar LNG will bring tremendous economic opportunities and benefits ensuring the Haisla people have control of our own future." Supplied

Pembina Pipeline Corp. appears to be going all-in on indigenous owned major energy projects, including the Trans Mountain Pipeline project and an LNG terminal in Kitimat being developed by the Haisla First Nation.

Pembina announced Tuesday it has entered a partnership agreement with the Haisla on its Cedar LNG proposal, a small floating LNG terminal that would be built on Haisla land.

And though it has made no formal announcement on TMX, the company is reported to be also considering a partnership with an indigenous consortium that wants to buy the Trans Mountain pipeline project.

The company announced it has formally entered a partnership agreement with the Haisla to develop Cedar LNG.

"Pembina's long history of safe, reliable operations, and engagement with local communities made them the distinct choice for Cedar LNG," Haisla Chief Crystal Smith said in a news release. "With a strong partnership, Cedar LNG will bring tremendous economic opportunities and benefits ensuring the Haisla people have control of our own future."

"Cedar LNG will be the largest First Nation-owned infrastructure project in Canada and will have one of the cleanest environmental profiles in the world," Pembina CEO Mick Dilger said.

The announcement is good news for Kitimat and the Haisla, which recently saw another major LNG project that had been proposed there evaportate, when Chevron and its partner, Woodside Energy, announced they were abandoning the Kitimat LNG project.

The Haisla have an agreement -- negotiated when the Canada LNG project was proposed -- to source natural gas from the Coastal GasLink pipeline to supply Cedar LNG. The Cedar LNG project has an estimated capital cost of $3 billion. A final investment decision is not expected until 2023, according to Pembina.

Pembina makes no mention in its press releases of the Trans Mountain acquisition plan, but the Globe and Mail reports that Pembina has confirmed it plans to partner with the Western Indigenous Pipeline Group (WIPG), which wants to buy the Trans Mountain pipeline, presumably after the $12.6 billion twinning project is complete.

It is one of two indigenous groups that have said they want to buy the Trans Mountain pipeline. The other is Project Reconciliation.