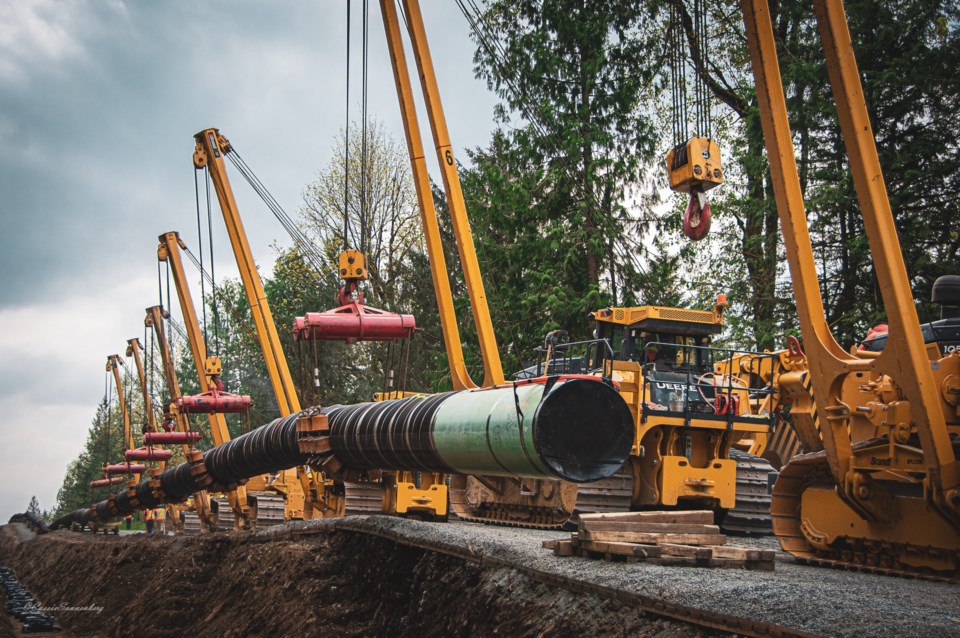 “As of March 31, 2021, construction is approximately 25% complete, with $7.1 billion in capital spending incurred since the inception of the project,” Trans Mountain Corporation says in its first quarter management report.

The total cost of the pipeline twinning project was last estimated at $12.6 billion, so more than half of the estimated capital budget has been spent to date to get the project one-quarter of the way built.

In 2017, the project was estimated to cost $7.4 billion. It was revised to $12.6 billion in 2020, after the federal government bought the existing pipeline from Kinder Morgan and assumed responsibility for completing the twinning project, which had been troubled by endless legal, political and regulatory delays.

Spending to date has been on “upfront costs of permitting, regulatory processes, legal, materials such as pipe, valves, buildings, motors, and financing costs in addition to direct construction related activities,” the company says in its first quarter report.

The company spent $997 million in the first quarter of this year on the expansion project, which is now in its peak construction phase.

“Trans Mountain expects that 2021 will see peak construction for the TMEP, with thousands of people working at hundreds of sites across Alberta and British Columbia,” the management report states. “Trans Mountain anticipates mechanical completion of the project by the end of 2022, with commercial operations commencing shortly thereafter.”

Work has begun on tunnel boring through Burnaby Mountain, as well as tank pad construction at its Burnaby terminal.

As for revenue from the current pipeline operations, Trans Mountain reported revenues of $107 million and earnings before interest, taxes, depreciation and amortization (EBITDA) of $44 million in the first quarter of 2021, compared with $103 million in revenue and $47 million EBITDA in Q1 2020.

The volume of oil moved through the main line and through the Puget Sound pipeline to Washington State was also up, compared to the first quarter of 2020, though exports of oil through Westridge Marine Terminal were down slightly.