BC Hydro says it hopes to have power restored in Red Creek and Coffee Creek this evening, while power in the Buick Creek, Rose Prairie, Prespatou and Montney areas will remain out overnight
Jul 5, 2021 9:03 PM By: Alaska Highway News 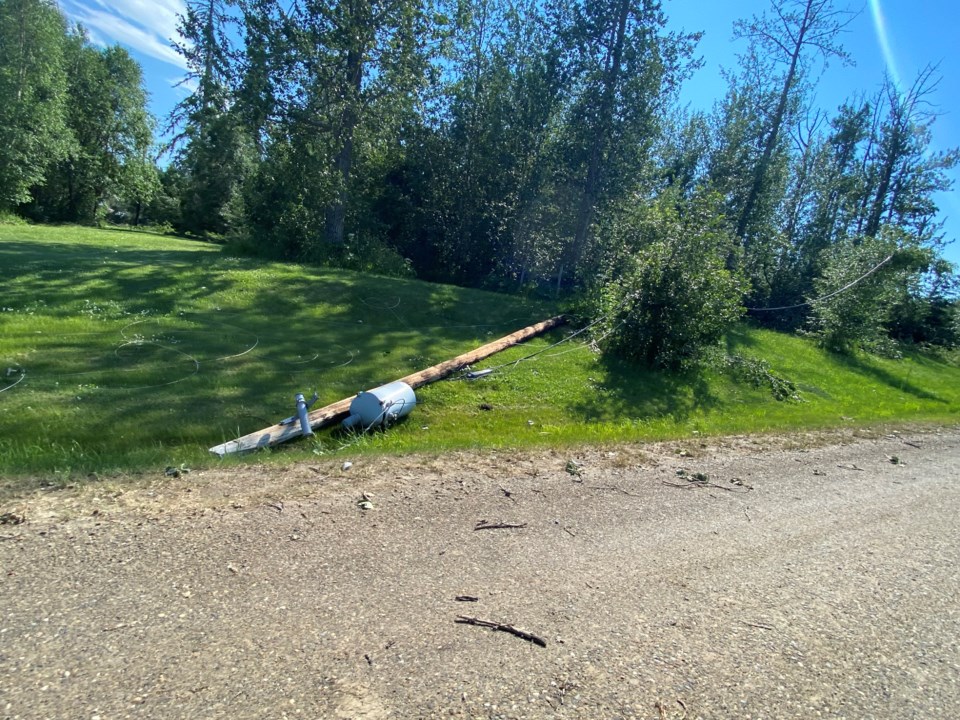 A downed power line in Red Creek caused by the severe storm on June 30. BC Hydro says 330 spans of wire, 60 cross arms, 30 power poles and 15 transformers have been replaced.

BC Hydro says it hopes to have power restored in Red Creek and Coffee Creek this evening.

About 100 households there were still without power on Monday due to the severe storm on June 30. Power in the Buick Creek, Rose Prairie, Prespatou and Montney areas will remain out overnight, BC Hydro says.

“The damage to the electrical system was significant,” said spokesman Bob Gammer, noting there are kilometre-long sections to be completely rebuilt. "Crews are making progress, but continue to encounter very extensive damage from the severe winds."

Winds reached a peak of 110 kilometres per hour during the storm, knocking out power to more than 6,000 homes and businesses across the Peace region. Environment Canada is investigating the possibility that a tornado swept through the area.

Gammer said more than 330 spans of wire, 60 cross arms, 30 power poles and 15 transformers have since been replaced, and that power has been restored to 96% of those that were affected by the storm.

There were 25 crews were working to restore the outages Monday, including line crews and vegetation crews, Gammer said.

A crew was on site along Highway 29 near Charlie Lake to clear damage from large trees, and was aiming to restore power to 19 customers around 6:30 to 7:00 p.m. tonight, Gammer said.

Earlier Monday, the Blueberry River First Nation reported electricity had been restored and crews continue to inspect damages in the community.

Damage from the storm is expected to be in the millions. Property damage was reported in Red Creek, Blueberry River, Prespatou, Montney, and Doig, after what residents described was a tornado. 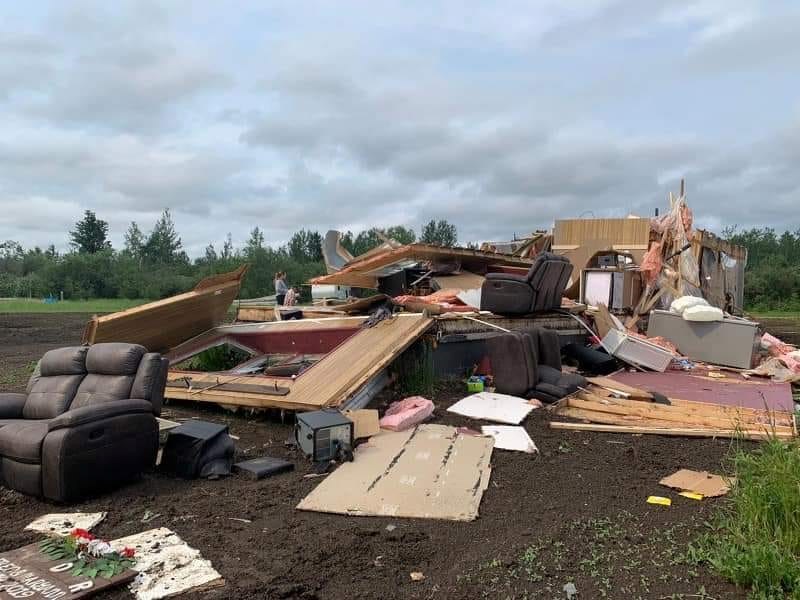 In Blueberry, residents said the storm lifted trailers and other structures off the ground while levelling swaths of tree stands.

In Prespatou, residents reported that the storm demolished house trailers, tore off the roofs of others, and lifted and moved a new house that had been under construction. Elsewhere, whole grain silos were overturned.

Several homes in Fort St. John were damaged during similar storm conditions last August, and which Environment Canada confirmed at that time was caused by a weak tornado between 0 to 1 on the Enhanced Fujita Scale.