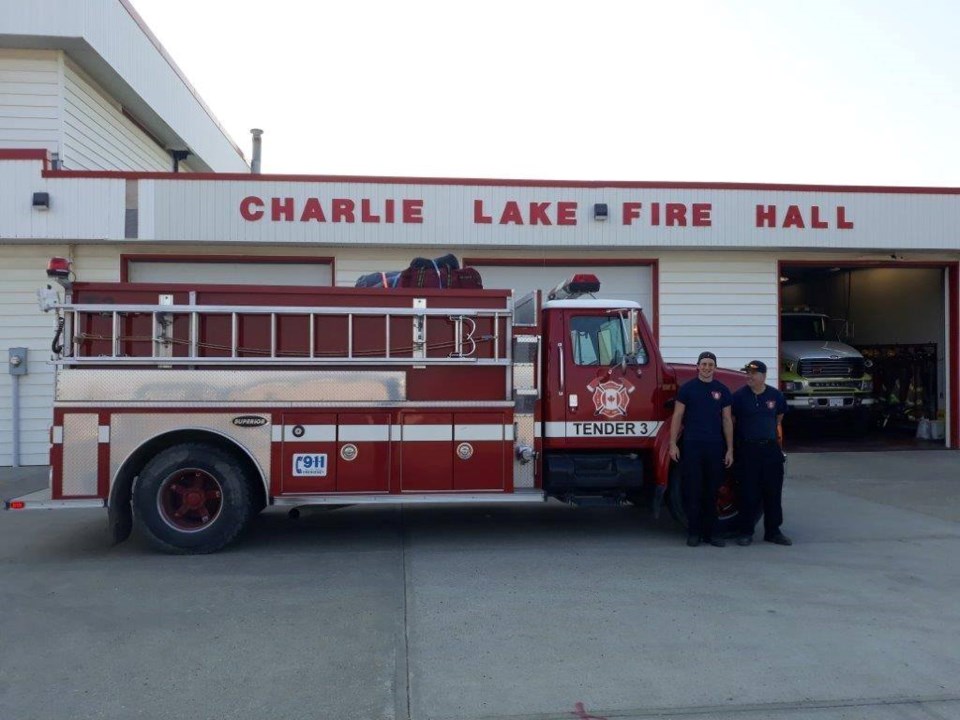 Two Charlie Lake firefighters and Tender 3 are off to Burns Lake to help in the provincial wildfire fight.Peace River Regional District

Two Charlie Lake firefighters are off to the provincial wildfire fight in Burns Lake.

Firefighters Chris Vella and Matt Adams, along with the department's Tender 3, will be providing water tender service to wildfire and structure protection crews, the Peace River Regional District says.

The Charlie Lake Fire Department will sent another two volunteers to replace the current team in eight days.

The Shovel Lake wildfire, the biggest in the province, is burning at nearly 80,000 hectares in size approximately 30 kilometres northeast of Burns Lake.

According to the Burns Lake Lakes District News, a firefighting camp is being set up near the village and is expected to house up to 300 firefighters and support staff.

Meanwhile, the College of New Caledona is training local residents there on fire suppression to help response efforts.

The province has declared a province-wide state of emergency as some 600 wildfires burn across the province.