The Mile 54 boat launch at Charlie Lake remains opens for canoeists and kayakers, but no upgrades are planned to fix the popular spot for other boaters. The boat launch was closed to trailered boats and barricaded Sept.
Oct 5, 2018 3:21 PM By: Alaska Highway News Staff 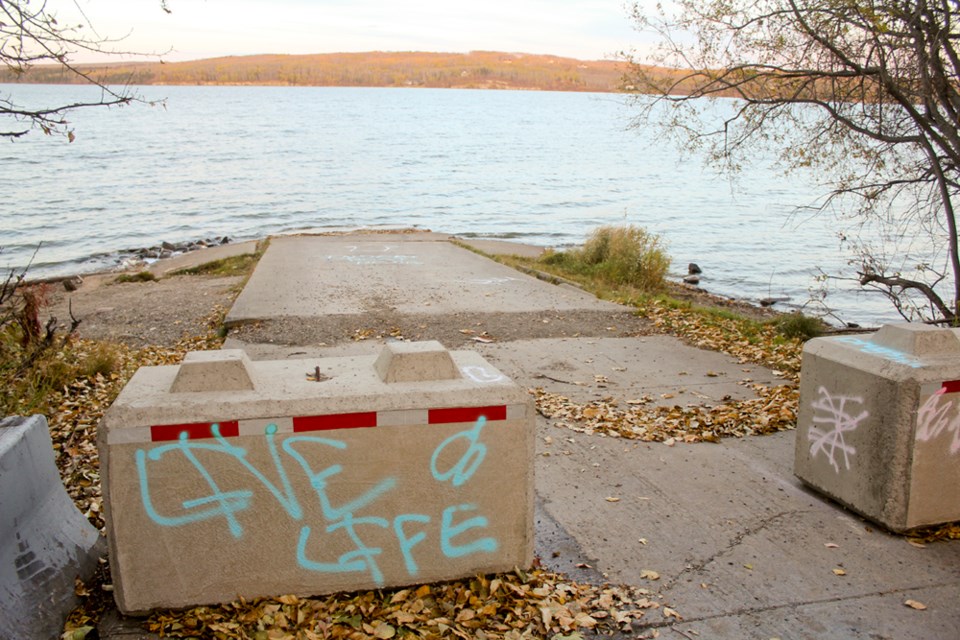 The Mile 54 boat launch at Charlie Lake remains opens for canoeists and kayakers, but no upgrades are planned to fix the popular spot for other boaters.

The boat launch was closed to trailered boats and barricaded Sept. 27, a move that left many surprised and prompted a petition demanding it be reopened.

The boat launch is no longer suitable for large trailered boats due to its current condition, according to the Ministry of Environment and Climate Change Strategy, which oversees BC Parks. The boat launch is now a car-top boat launch only, and repairs are not currently planned, the ministry said in a statement.

"Unauthorized snow removal from the access road has been undertaken over past years causing deterioration of the road," the ministry stated.

Trailered boats can still be launched on Charlie Lake at Rotary Park on the south end of the lake, and at Beatton Provincial Park on the east side of the lake.

BC Parks is also installing gates to close access to the boat launch and parking lots during winter, and to close night access during the operating season from May to September, the ministry said.

"BC Parks encourages safe outdoor winter recreation in all our parks, during the times the gate is locked, the public will continue to be able to access the area on foot, by snowshoe or on skiis," the spokesman said.

The new gates come in response to a request made by the Peace River Regional District this summer to close off access to partiers. That's all the regional district asked for, said Brad Sperling, the electoral area director responsible for Charlie Lake. The boat launch's closure to trailered boats came as a surprise, he said.

"People were going out on the ice from that launch and having thier pallet parties and leaving everything behind," Sperling said.

"This has been getting worse every year. We had no idea that they were closing because of the launch condition. For us it was a few people wrecking it for everyone."

Sperling said he'll be lobbying for improvements and to put the launch back into summer use.

"The local residents use it as much as anyone," he said.

Boaters have started a petition at the Backcountry outdoors store in Fort St. John to have the Mile 54 launch repaired. The petition has collected roughly 100 signatures so far.

The Mile 54 boat launch has been used as the staging area for Backcountry's annual Ice Fishing Derby.