The Peace River Regional District will consider a petition instead of a referendum to expand Charlie Lake fire services due to the Covid pandemic.
Oct 14, 2020 10:26 AM By: Alaska Highway News Staff 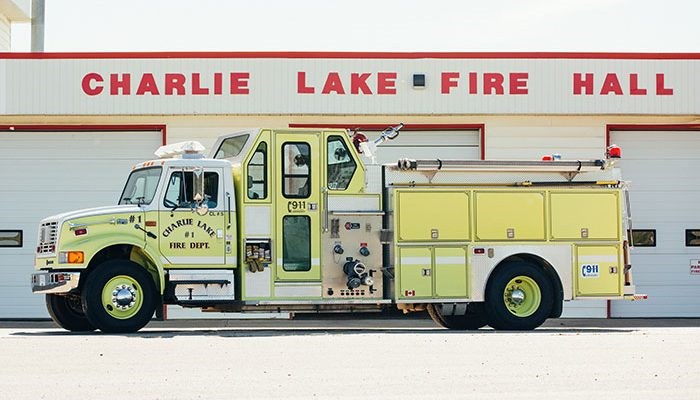 The Peace River Regional District will consider a petition instead of a referendum to expand Charlie Lake fire services due to the Covid pandemic.

Board chair and Charlie Lake electoral director Brad Sterling asked the board to reconsider and defeat a motion from June that approved a referendum, and instead invite two separate petitions from property owners for new road rescue and medical response services. The motion was defeated with the petitions being approved at the Oct. 8 board meeting.

“Due to the COVID-19 restrictions and extensive requirements put in place by the Province of BC to facilitate a referendum, I have decided that inviting the residents to petition the PRRD for the service would be a better option at this point in time,” Sperling wrote in an Oct. 1 report to the board.

The Charlie Lake fire hall only provides fire protection, when the service was first established in 1980. The PRRD has been mulling an expansion for the last several years, with discussions brought to the fore after the early season wildfires in 2016.

A survey earlier this year found 72% of respondents in support of medical response, and 37% in favour of road rescue.

The costs of the new services would be borne from ratepayers in electoral areas B and C.

Hudson’s Hope Mayor Dave Heiberg says residents are not getting the services they need.

“I do agree that we are doing thing that we shouldn’t be subsidizing those. In the meantime, let’s provide these services to these folks, and lobby hard to fill the gaps,” said Heiberg.

Mayor Dale Bumstead says Dawson Creek already subsidizes their fire service at a cost of $40,000 per year for medical callouts.

“Not specifically to this, but it is the broader conversation about the creep that’s been allowed to occur by the province and us municipal taxpayers, and rural tax payers in some cases, funding the emergency services provided on the highways of British Columbia,” said Bumstead.

Fort St. John Mayor Lori Ackerman says her city also is being left with the bill, and floated the idea of a referendum being split into two parts: road rescue and the first medical response services.

“We subsidize the province in a huge way, we never make back any call what it costs us to provide that service,” said Ackerman. “My concern is that when you go from a referendum to a petition, the referendum would require that information be out there and you’ve done the research on what the costs are.”

A referendum would limit votes to one per household, with only property owners being able to vote.

“The only time we could call on mutual aid is if there’s a medical call that also involves a fire and is beyond our capability,” said Morgan.

The Charlie Lake fire hall is staffed by a two full-time chiefs, and is manned by a volunteer force that responds to 100 to 115 calls per year.

The regional district expects an extra 10 to 20 road rescue calls per year, and an extra 35 to 50 medical response calls, which would alleviate ambulance delays to urgent and immediately life threatening calls.

— with a report from Tom Summer in Dawson Creek