Momentum continues to grow for the development and preservation of the Tse’K’wa national historic cave site at Charlie Lake.
Tom Summer Jul 7, 2021 1:48 PM

Momentum continues to grow for the development and preservation of the Tse’K’wa national historic cave site at Charlie Lake.

Earlier this year, the Tse’K’wa Heritage Society secured $379,000 in funding from the First Peoples' Cultural Council for a planned cultural centre, while Alyssa Currie began her new role as executive director for the organization on June 1.

“There’s lots going on, this is a flame that is catching … A lot excitement in the community and increased recognition about the importance of the site,” said Currie. “As more people become aware of the significance, those opportunities are only going to grow.”

Tse’K’wa means rock house, and though well-known to local residents and First Nations, the cave was only discovered by archaeologists in 1974 and then excavated in the early 1980s. 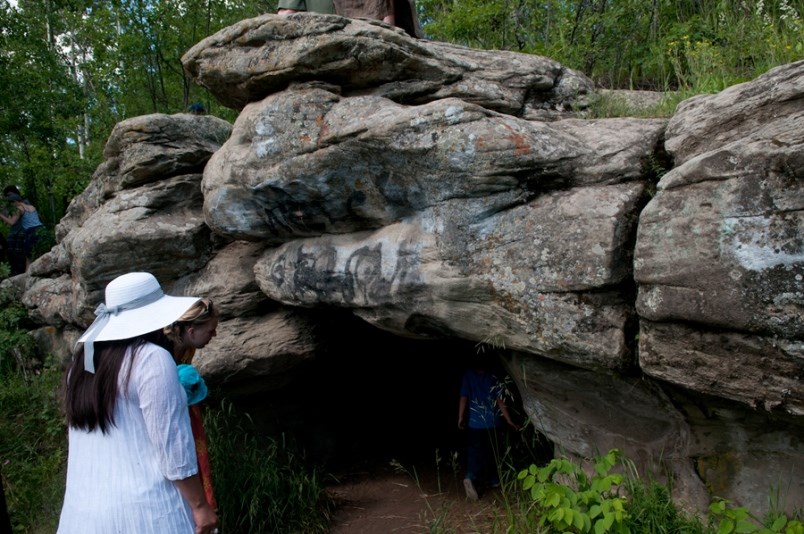 Tse'K'wa cave is small but significant, exposed when a boulder broke away from sandstone rock and created a 12-meter-long gully in front of the cave. This created a trap for soil being washed down the hill and the gully has been filled with layers of soil and in turn artifacts for the last 10,500 years. (Alaska Highway News Archives)

Among the hundreds of artifacts found were a 10,500-year-old stone bead — the oldest example of human adornment in North America — along with spear and arrow points, harpoon heads, and bones from humans and various animals including bison and raven.

The artifacts tell stories of travel patterns and ceremonial practices, and make the cave one of the most significant sites on the continent. Parks Canada designated the cave as a national historic site in 2019.

Local First Nations, including Doig River, West Moberly, and Prophet River bought the land with the cave in 2012. The partnering nations all contribute to the operating costs of the non-profit society, and their support enabled Currie to be hired to oversee management of the organization.

A five to ten-year development plan for the cultural centre includes the construction of an outdoor amphitheatre, walking trails, interpretive displays, as well as a heritage repository for artifacts.

“We have made some great strides in the development of our curatorial and collections space in the building thus far,” said Currie. “We are right in the thick of things, truthfully."

The North East Native Advancing Society has also provided funding to hire summer students to work on maintenance and develop site tours, which will be hosted for the public later this summer. 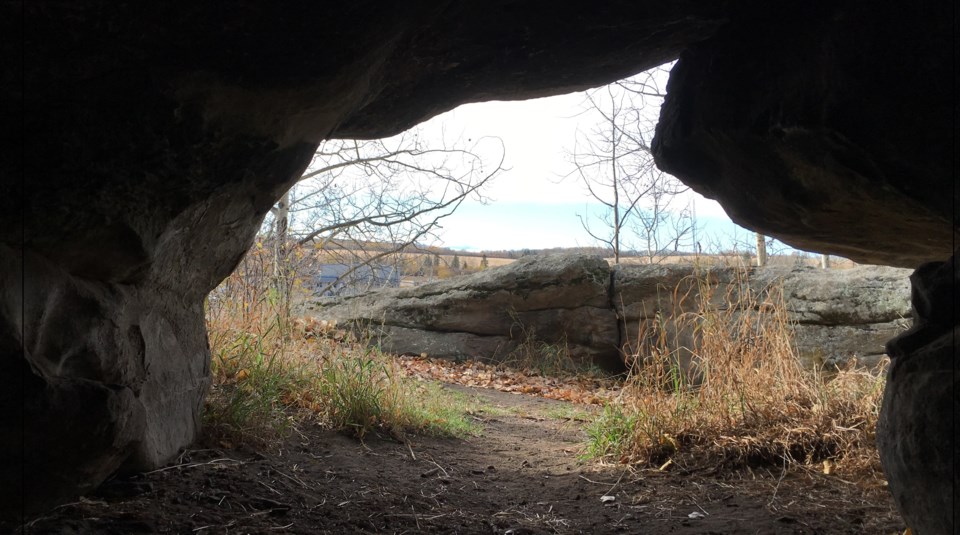 A view from inside Tse’K’wa, an ancient cave and national historic site at Charlie Lake. (Creative Commons CC BY-SA 4.0)

Currie was born and raised Dawson Creek, and has spent the last four years as the executive director for the South Peace Regional Archives in Grande Prairie.

"Being able to work with an indigenous organization to realize a vision that has been so long in the making, particularly as a non-indigenous person, being welcomed into the community and being able to make a difference for that community is something that's really exciting," said Currie.

"It's been full circle, to be working for the organization that's dedicated to preserving it and to educating the community both locally and broader, about its importance culturally and archaeologically," she said.

"Over the next year is when you're going to see Tse’K’wa transform into something really special."