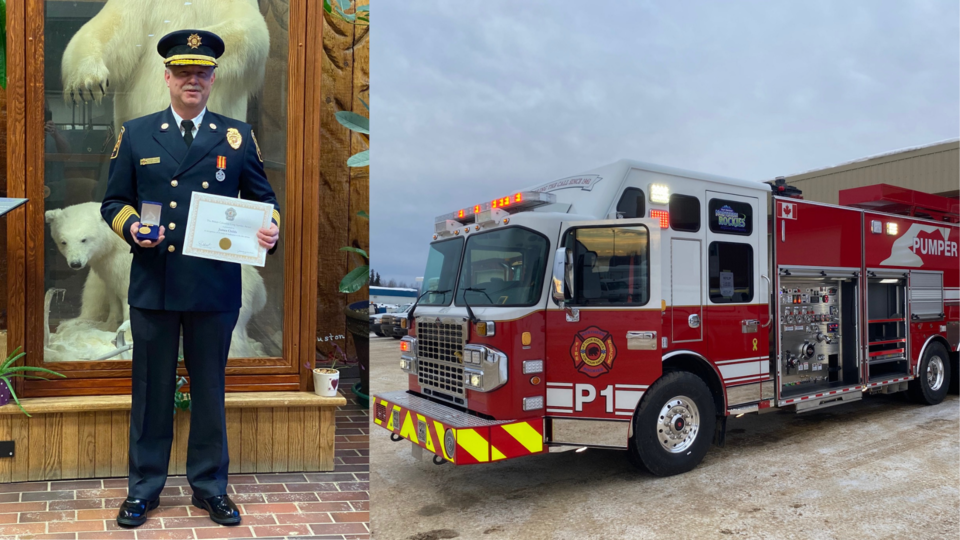 Childs says his passion for firefighting was sparked not long after his family relocated from Lark Harbour, Newfoundland, during his last year of high school in 1995.

“I’ve stuck with it here because we’re such a small department, we get to do everything. We run every type of call,” said Childs. “For my career, it was the ability to run a variety of calls. More importantly, you’re not a number here. We’re a close-knit team.”

Childs’ team is rounded out by a deputy chief, a dispatcher, six full-time firefighters, and 15 on-call members.

He stepped into the role of chief in March 2019, and said a strong sense of community remains his biggest motivation to serve the Northern Rockies.

“I just love being the fire chief. It’s a progressive, very well put together fire department. The municipality treats us well, and we just want to provide the best service we can, the service the community deserves,” said Childs.

Meanwhile, two of the department's pump trucks from 1995 and 2002 have been retired. One was sent to Toad River for brush fire support, while the other will be stored in Fort Nelson as a reserve unit.

“It’s a small community, not much more than 200 people,” said Childs. “They do want to have some sort of fire protection for the summer months, so this will help them achieve that.”

The department works closely with the BC Wildfire Service, supporting a nearby base. Solid relationships with RCMP and the BC Ambulance Service are also crucial, he added.

“It’s fairly isolated here, so we all lean on each other for different calls,” said Childs. "It’s kind of a big emergency services family."