Fort Nelson gets a bump to annual allowable cut

The annual allowable cut (AAC) for the Fort Nelson timber supply region will be increased by 1 million cubic metres. It may be the only region of the province to actually see its AAC increase.
Jul 18, 2019 9:13 AM By: Nelson Bennett 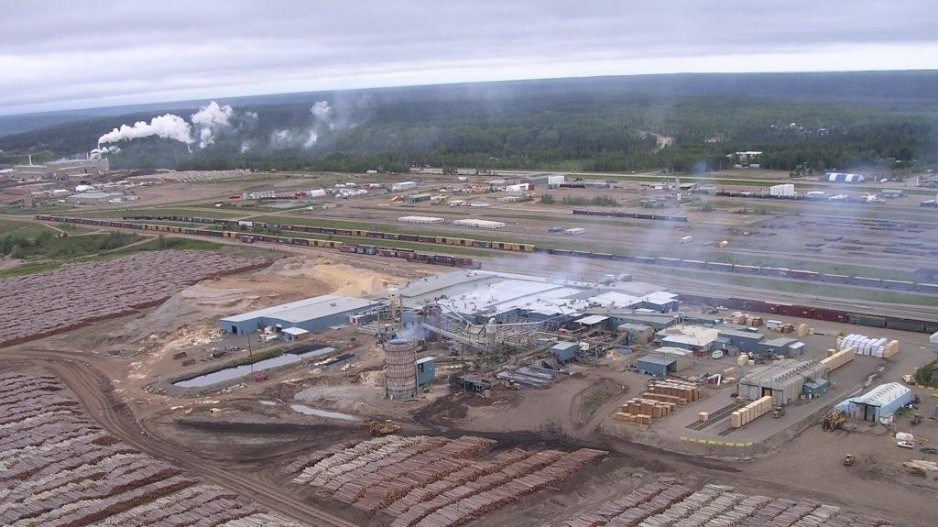 A combined lumber, OSB and plywood mill complex and log sorting yard in Fort Nelson, pictured here before they were shut down.Submitted photo

The annual allowable cut (AAC) for the Fort Nelson timber supply region will be increased by 1 million cubic metres.

It may be the only region of the province to actually see its AAC increase. The AAC for interior region timber supply areas is on the decline, due to the mountain pine beetle epidemic, and the coastal region is under unrelenting pressure to protect old growth forests from logging through parks and protected areas.

The Fort Nelson region was largely untouched by the Mountain pine beetle infestation, and does not have the same conservation concerns over caribou that could take 300,000 cubic metres out of the AAC for the Peace region.

Mills that once operated there have been idle for years, which has resulted in an undercut.

Because there has been so little logging for more than a decade in the area, a restarted mill could burn through several years' worth of timber without even touching the AAC, Mike Gilbert, regional development officer for the Northern Rockies Regional Municipality (NRRM), told Business in Vancouver in May.

The regional government has been lobbying for an increase in the AAC to lure new sawmills to the area.

"The Fort Nelson TSA contains a vast area of mature deciduous stands," Shane Berg, deputy chief forester, said in a press release. "I am confident that my decision will encourage forestry opportunities for First Nations and other operators, while maintaining responsible management of biodiversity objectives."