Fort Nelson taking care of seniors, others in need in the north

Eight residents are currently live at Heritage Place, Fort Nelson’s supported living facility. The Northern Rockies Seniors Society has been operating since 2008 and fundraised more than a million dollars to open the home in 2016.
Tom Summer Aug 25, 2021 11:11 AM
Listen to this article
00:02:45

The Northern Rockies Seniors Society has been operating since 2008 and fundraised more than a million dollars to open the home in 2016. Joan Kinzett has served as the society’s executive director for the past 12 years.

Crib tournaments, card games, activities, and home-cooked meals are all available to keep seniors happy and healthy. A bus runs Monday through Friday to take residents for outings around town.

“We took some of the seniors up to Steamboat. They did laps around the inside of the building and it was the equivalent of the distance to the kilometres there,” said Kinzett. “We took them up to Steamboat and held a picnic for them to celebrate that.”

Kinzett says local seniors are well loved, noting the community is “becoming a very senior place to be.”

“The seniors here are well looked after, our only issue is having to travel out of town for appointments,” said Kinzett. “Most of the time they can use the health bus, which is great. But they do have to stay over at least one night.”

Driving to Fort St John for medical services is especially challenging during the winter months, she added. 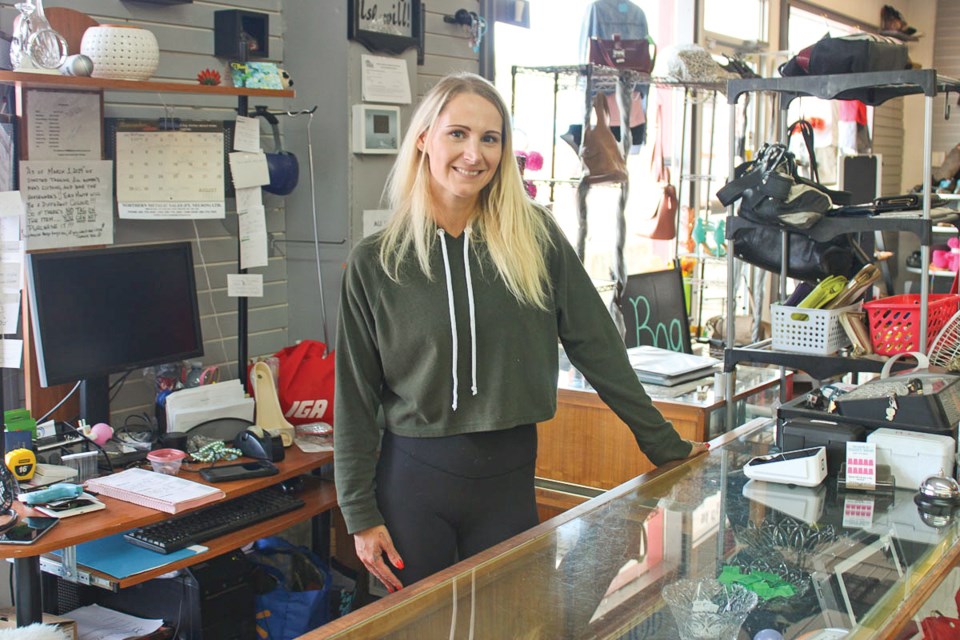 Thrift store manager Dayla London loves Fort Nelson and says residents look out for one another: ‘The community always has your side. It’s the people that made me stay.’. By Tom Summer

Taking care of others in the north

Last year, Fort Nelson’s Hospice Thrift Store moved to its new location, effectively doubling the amount of space it has to work with.

The thrift store is operated by the Fort Nelson Hospice Society with a mandate to provide the community with affordable clothing and housewares.

“We try to do as much as we can, supporting programs and whatever’s needed,” says Manager Dayla London.

“There is a ton of demand, people drop off donations Tuesdays and Saturdays. Our rack room is constantly full.”

The store emphasizes charity and teamwork, sending goods and clothing to communities in need around the north.

“Whatever we don’t sell, we actually give to our communities like Fort Liard. So once a month at least, I take a full truck load of donations up there,” said London. “They take that and spread it around it around their community, or take it even further north.”

“Everyone has each other’s back here, we try to help as much as we can,” she said. “The remoteness can be hard, you do have to travel a lot, but the community always has your side. It’s the people that made me stay.”