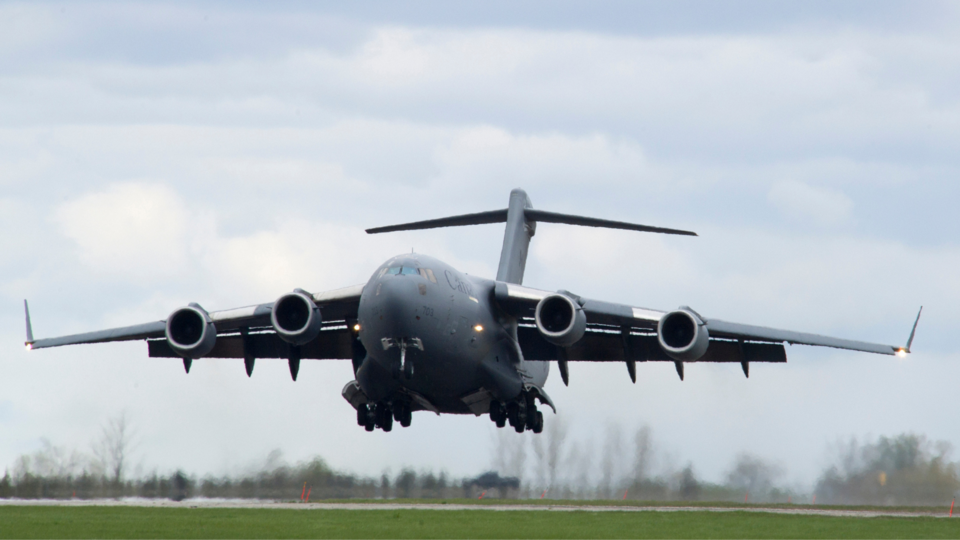 The Royal Canadian Air Force will be practicing flight training out of Fort Nelson March 4 to 8.

The 429 Transport Squadron, based out of 8 Wing Trenton, will pilot a CC-177 Globemaster III aircraft to practice cross-country flying. Practice will keep them ready to safely execute missions around the world.

"Cross country flying is a type of long distance training to perform low approaches, landing and take-offs at airport and is essential for maintaining the skills of aircrew so they are ready to safely execute Canadian Armed Forces missions around the world; often under challenging conditions," reads a public notice from the Department of National Defence.

"It is important that these proficiencies are maintained in Canada so our aircrew are prepared to execute these manoeuvres in potentially life-threatening situations. All efforts will be made to minimize disruption to the community."

8 Wing Trenton has been home base to 429 Transport Squadron since 1990. The Squadron has performed a wide range of air transport roles on behalf of Canada - everything from delivering humanitarian aid to disaster zones around the world to ferrying supplies to Canadian troops deployed around the world.

429 Squadron has flown a variety of aircraft throughout its history, although the massive CC-177 Globemaster III is the only aircraft the squadron flies today.

The RCAF began using the giant airlifter within days of receiving the first Globemaster in the summer of 2007. The Globemaster can fly more cargo, faster and further, than the aircraft formerly used by the squadron, the CC-130H Hercules.

The community can expect minimal disruption, with Squadron members following all COVID-19 measures and public health orders, the notice said.

Aircrew members will remain in the aircraft while at the airport. The squadron will also wear non-medical masks whenever possible, reduce contact to essential interactions, and respect physical distancing.

""Some RCAF aircraft are larger than many passenger airplanes and may appear to be flying lower than they actually are. RCAF aircrew adhere to strict rules and regulations at all times to ensure safety."