Hudson's Hope Fire Chief Bob Norton is moving down the highway to take on a new role at the Fort St. John fire hall.
Oct 1, 2020 3:39 PM By: Tom Summer 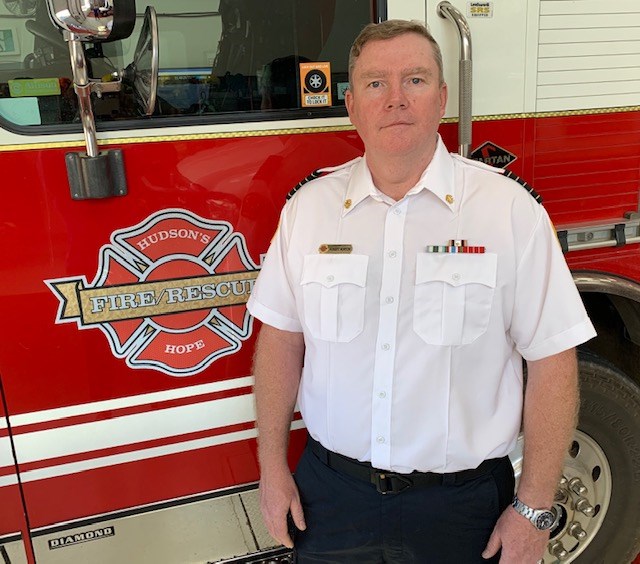 Hudson's Hope Fire Chief Bob Norton is moving down the highway to take on a new role at the Fort St. John fire hall.

Norton will leave his post later this month after nearly 10 years with the district to become the the city's new Deputy Fire Chief for Community Safety.

“I’m excited for the opportunity, I think it’s going to be a fantastic place to carry on my career,” said Norton. “I’m certainly grateful for my time here in Hudson’s Hope, I’ve worked with a very supportive and proactive council, excellent municipal staff.”

Norton joined the district in 2011, after a 20-year career as a firefighter and deputy fire chief in the Department of National Defence.

His first day in Fort St. John will be Oct. 26, and he replaces Dan Golob, deputy fire chief of operations.

Norton will be responsible for emergency planning and community outreach, and Fort St. John Fire Chief Darrell Blades says the department is excited to have him on board.

"Some of it will be new, looking at how we can up our public education programs, and some of our other involvements," said Blades. "We're pretty excited and looking forward to him being here at the end of October."

During Norton’s time as chief and director of protective services in Hudson's Hope, he oversaw both the town and Beryl Prairie fire halls, leading 25 members to cover 900 square kilometres.

In 2018, Norton helped his team become cross-trained as first responders, greatly increasing the emergency response capability of Hudson’s Hope. Nine firefighters completed nearly 40 hours of training, passing both written and practical exams through the BC Emergency Medical Assistant Licensing Branch. While not able to transport patients, the responders can provide care until the ambulance arrives.

“We wish him the very best," said Mayor Dave Heiberg. "He’s been a fantastic person on our staff and very much a role model for our community, and he’s done a wonderful job with our fire departments, both Beryl Prairie and downtown."