The District of Hudson’s Hope is studying its stormwater system for the Beryl Prairie subdivision following the aftermath of severe flooding this spring.
Aug 4, 2020 11:12 AM By: Tom Summer 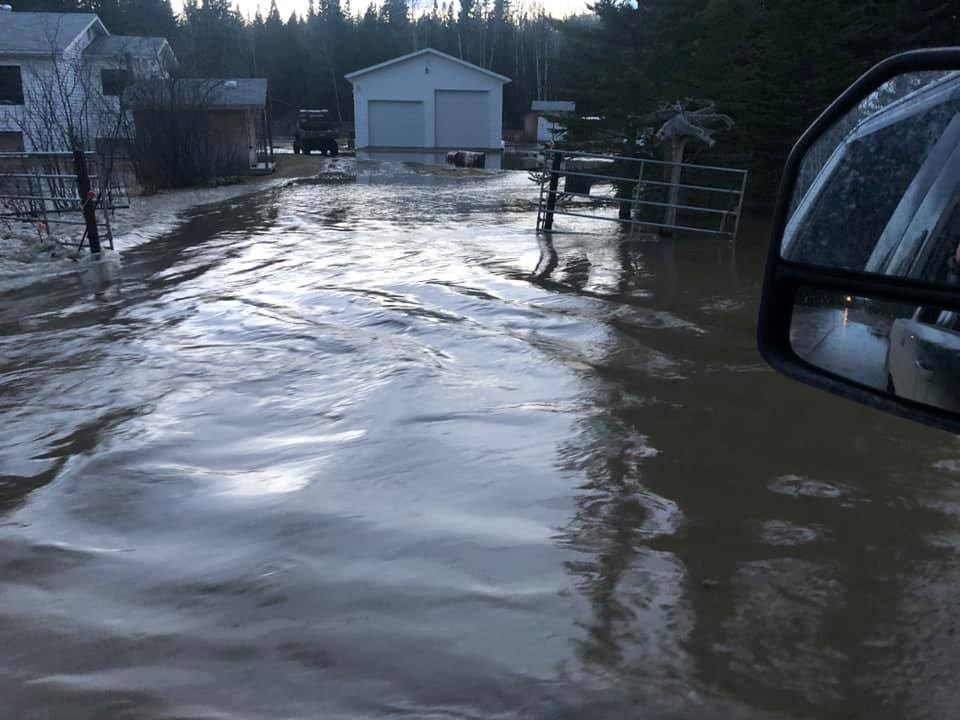 Flooding in the Beryl Prairie subdivision, after a beaver dam burst and flooded four homes, May 2, 2020.Megan Fox - Facebook

The District of Hudson’s Hope is studying its stormwater system for the Beryl Prairie subdivision following the aftermath of severe flooding this spring.

The flooding was suspected to have been caused by a beaver dam bursting May 2, which flooded two basements and four other homes near the intersection of Tompkins Road and Coulson Road.

Urban Systems will be contracted to do the study at a cost of $20,750.

On May 11, council approved temporary repairs costing roughly $6,000, but it’s estimated a full repair for the damaged roads and culverts would cost $360,000.

Heiberg was unable to provide a concrete timeline for the completion of the assessment, but expects the study will take some time due to the scope of the issues.

“It’s not just the road, it’s everything. The storm water plan, the culverts, whatever we decide to do.” Heiberg said. ”So Urban Systems is going to take that study on, and then we’re going to have a conversation with the residents and see what options are available to fix it.”