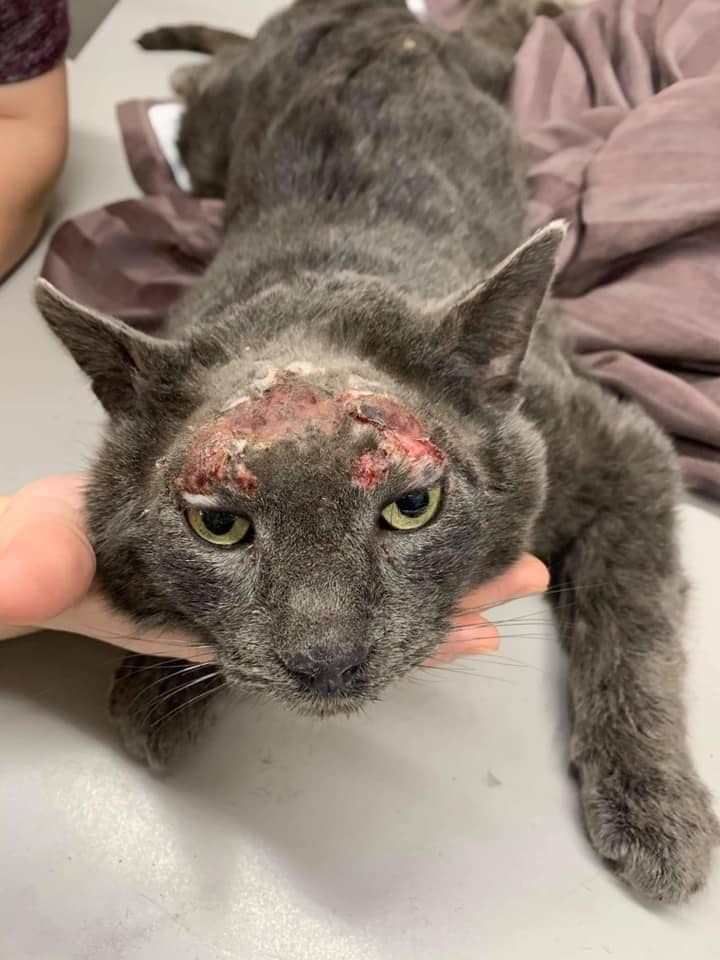 Salvado, meaning 'saved' in Italian, is healing very nicely under the care of the North Peace Forgotten Felines Society.Supplied

A youth in Hudson’s Hope is collecting cash and other goods for a recently rescued and badly wounded feline.

“He is on antibiotics and when he came into my rescue he was in rough shape,” said Ouellette. “[He] was very dehydrated, broken nails and some that are missing and severely damaged and bleeding, parasite loaded, a very bad wound to his face which might have been from a cat fight.”

Hudson's Hope youth Julia Haagsman has taken it upon herself to raise funds for the cat, collecting donations and other goods which will be given to Gentle Pets Clinic in Fort St. John.

“I’m doing this because I love animals and want to help them everything,” said Haagsman, noting she’s also looking after another two strays.

More than $260 has been raised so far. Laundry soap, cat litter, and blankets are being accepted, among other items.

Anyone looking to help the society out can find them on Facebook.