There’s a new commander at the helm of the Hudson’s Hope RCMP. Cpl. Rob Gardner arrived in May, and brings more than a decade of experience after starting his career in Terrace as an auxiliary officer. Gardner takes over from Cpl. Brendan Harkness.
Jul 6, 2020 11:33 AM By: Tom Summer 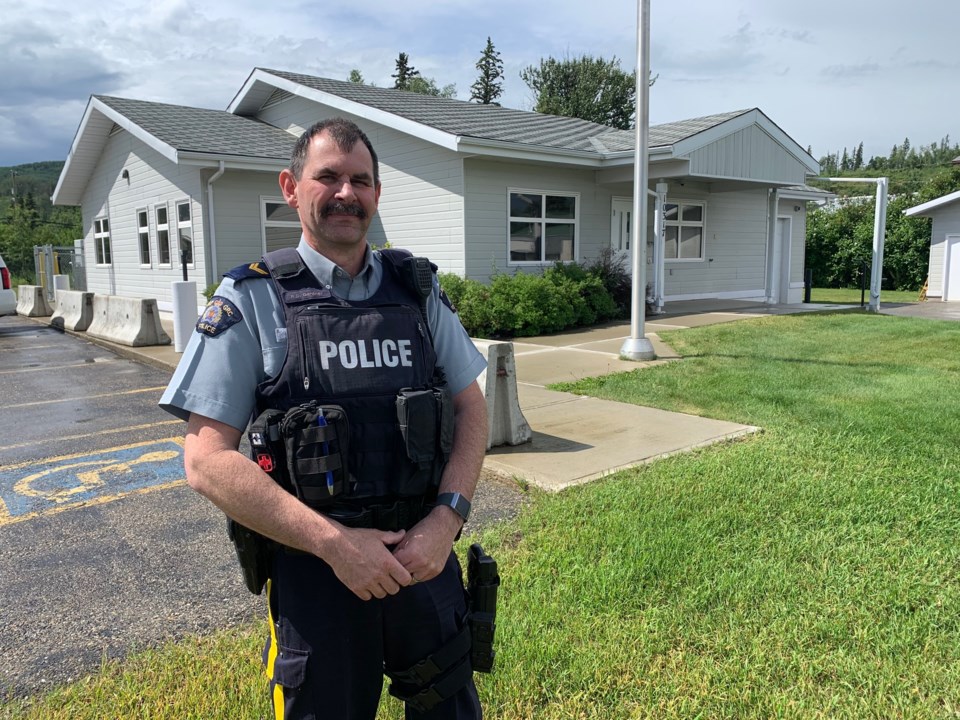 There’s a new commander at the helm of the Hudson’s Hope RCMP.

Cpl. Rob Gardner arrived in May, and brings more than a decade of experience after starting his career in Terrace as an auxiliary officer. Gardner takes over from Cpl. Brendan Harkness.

“I’ve been an RCMP officer for 11 years, it’s the best career I’ve ever had,” said Gardner, who was recruited at 35, much later than most officers starting out.

Gardner, who was an equipment operator prior to joining, says the RCMP's auxiliary program opened his eyes to the potential of a career with the force.

“Life happens. It took me a long time to get into it, but it finally happened,” said Gardner.

Gardner graduated from Depot in 2009, and spent five-and-a-half years in his first posting in Castlegar.

“It was a great mid-size detachment; I was able to learn all about investigations," Gardner said. "But I also had time for community policing, and it’s where I do my best work. I love being out in public and talking to people,” said Gardner,

Gardner later transferred to Comox Valley on Vancouver Island. During his three-year posting, he applied for a community policing position.

“It was also a media job, and that was another aspect of the career that I never thought about,” said Gardner, who discovered that media liaison work is highly rewarding.

After his time on the Island, Gardner transferred to Stewart to see what northern B.C. had to offer, and where he spent two years.

“That was phenomenal. To work in a small community of around 400 people, right on the Alaskan border; there’s so many aspects of policing you don’t see in larger centres,” said Gardner.

Gardner says he’s excited to work and live in Hudson’s Hope for the next three years, and feels the small town is a great fit with his background and the detachment’s focus on community policing.

“There’s a lot to learn yet, and work still on the road," he said. "It’s a really broad sampling of duties in front of me."

Hudson's Hope Mayor Dave Heiberg says he's looking forward to meeting Gardner in person, and understands that the commander is still getting settled.

"We’ve just had one conversation over the phone, as an introductory. Sounds like he’s fitting into the community really well," Heiberg said.