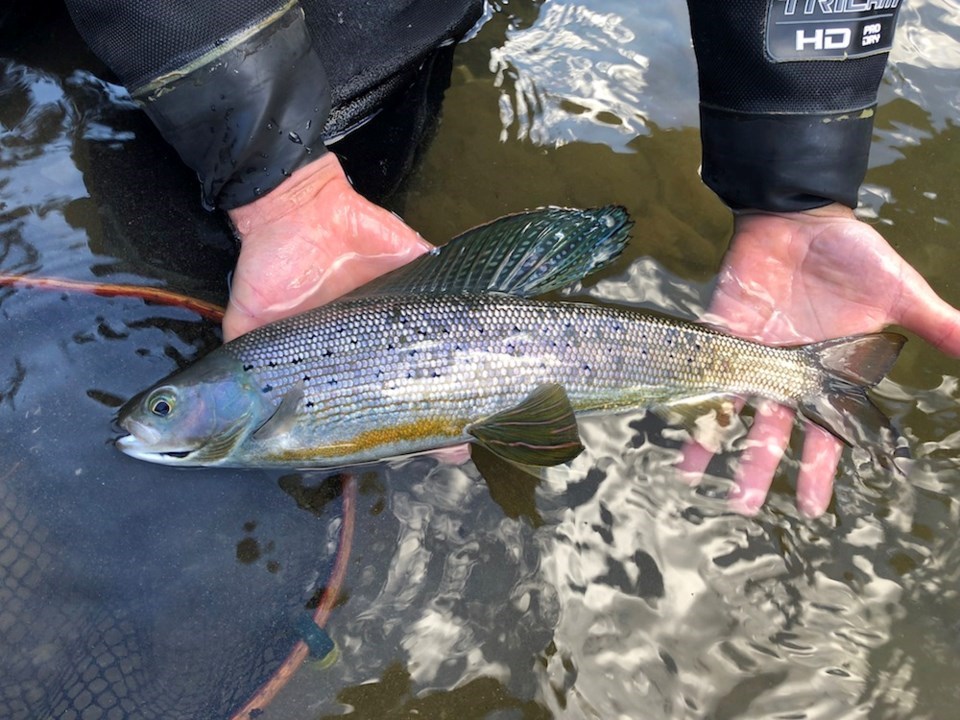 The Ingenika population has been isolated in the watershed for more than 50 years due to the creation of the Williston Reservoir. Long-term population monitoring is focused in three rivers: Ingenika, Finlay, and Mesilinka, all within the Tsay Keh Dene traditional territory.

“We are losing our pristine wilderness at an alarming rate in B.C. and this is one of the last strongholds of the southern extent of the Arctic Grayling range,” narrates a video by Chu Cho Environmental, the Tsay Key Dene’s research and consulting firm that conducted the surveys.

Swimming downstream in lane formation, they were able to take more accurate counts of fish, about 4 to 6 fish per kilometre through all three years of the study. Counts were recorded on waterproof data sheets strapped to the divers’ wrists.

Chu Cho CEO Mike Tilson says the highest density of arctic graylings was found in a single five-kilometre channel on the river.

"There's no development, no forestry, no roads. Maybe a little bit of old traditional trails, sacred Dene trails. But it is very remote country," Tilson said. "There's a significant section of the stream that's prime habitat for conservation. It's not degraded habitat, its pristine habitat."

The surveys were funded by the Fish and Wildlife Compensation Program, and provide key information about abundance, trends, potential threats, and limiting factors for the fish for the program's Arctic Grayling Monitoring Framework.

A report has been prepared and is expected for public release in the next few months. The findings will be used to inform conservation efforts and policy, but Tilson stressed that more surveys are needed to flesh out the data, noting surveys every three out of 10 years would be ideal.

"If we value arctic graylings, then this becomes a key section in which we can identify that its protection is essential for the survival of the species," said Tilson, noting the remoteness of the area protects the fish population.