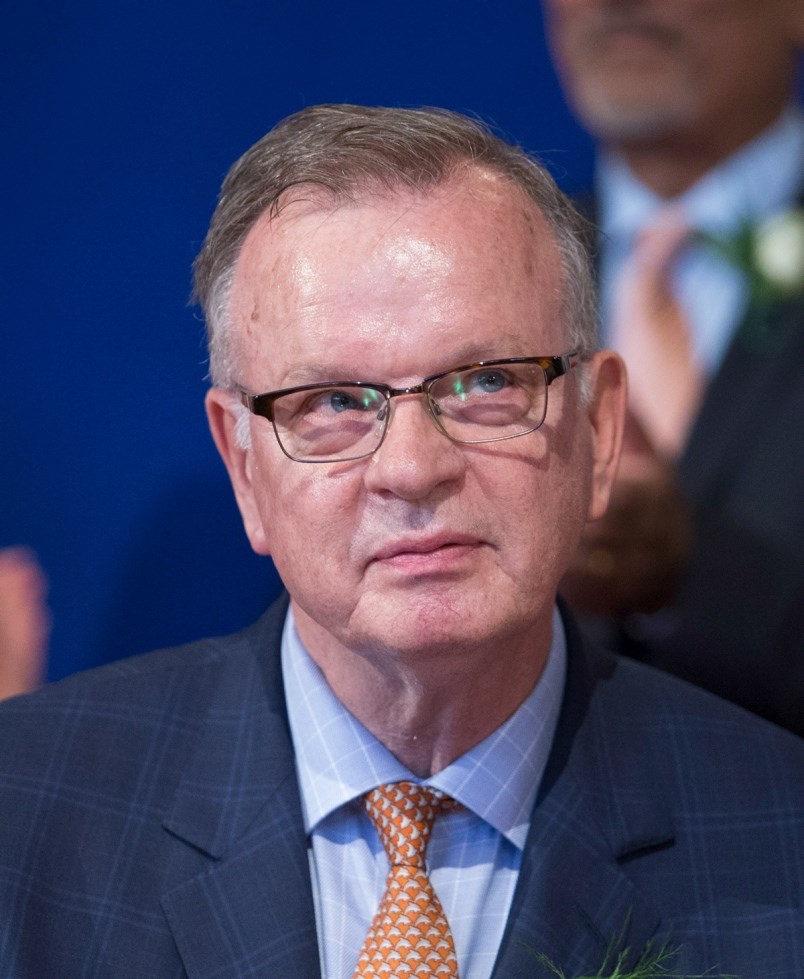 Bruce Ralston, Minister of Jobs, Trade and Technology and former LNG critic, said the NDP government could find no written reports by Gordon Wilson about his role. Photograph By DARREN STONE, Times Colonist

Former Liberal leader Gordon Wilson has been fired as Buy B.C. LNG advocate with no severance.

Bruce Ralston, Minister of Jobs, Trade and Technology and former LNG critic, said the NDP government could find no written reports by Wilson about his role.

“His contract has been reviewed. We were unable to locate any reports written by him setting out what he had done to earn that money, so the decision has been to end the contract,” Ralston said.

“I think the previous premier took care of her friends and he was a friend of hers.”

Wilson was hired in October 2013 to promote the liquefied natural gas industry in B.C., after endorsing Clark in the election earlier that year.

He has served both parties -- losing the Liberal leadership race against Gordon Campbell in 1991, then taking a cabinet position with the New Democrats in the late 1990s, before endorsing Clark in the 2013 election.

He is married to former Liberal MLA Judi Tyabji, who recently wrote Behind the Smile, a biography of Christy Clark. His son Matthew was a Liberal candidate in the 2017 provincial election, losing to the NDP’s Nicholas Simons in Powell River-Sunshine Coast.

"Mr. Wilson has worked around the province of British Columbia to talk to businesses, to talk to non-aboriginal and aboriginal alike, to say, "What can we do to remove barriers?" to ensure that they have the opportunity to participate in the economy," she said.

"Mr. Wilson has done good work. We intend to continue to see him do additional work."