The decision by Petronas to abandon plans for its Pacific NorthWest LNG project has generated discussion across the country.
Jul 25, 2017 5:52 PM By: Alaska Highway News Staff 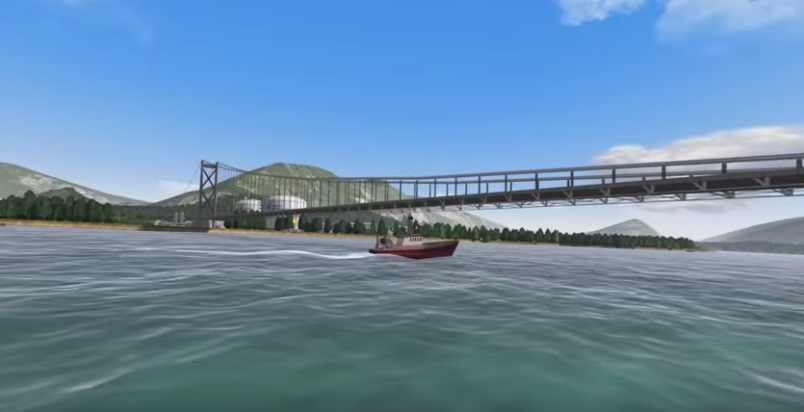 The decision by Petronas to abandon plans for its Pacific NorthWest LNG project has generated discussion across the country.

Anuar Taib, executive vice-president of Petronas, told reporters there was no connection between the company’s decision and the rise to power last week of a NDP government led by Premier John Horgan.

“We don’t take that into consideration,” he said, adding that the company looks forward to working with the NDP as it develops its vast gas assets in B.C.

“I think (for) the review for projects as complex as our Pacific NorthWest LNG project — every factor has to be considered.

“We took time, but at the end of the day, it really boils down to whether or not the project could be competitive in the market conditions of the day. That is how we arrived at the decision we took.”

The federal government approved plans for the $36-billion project in September 2016, attaching 190 conditions as part of the deal. The National Energy Board followed suit a few weeks later by granting PNW LNG 40-year licence to export 34.62 billion cubic metres of natural gas annually.

Still, federal government approval came years after the company filed its project description with the Canadian Environmental Assessment Agency in February 2013, and its environmental impact statement in February 2014, leading to frustrations over bureaucratic delay.

The company had made a conditional final investment decision to proceed in summer 2015, dependent on federal approval and approval of a project development agreement with the province of B.C. Both of those conditions were met.

Here's a look at what people are saying about the news:

"There's a lot of people in the northeast who have worked extremely hard to advocate for this project to go forward, which I had a part in—the truck rally, the people rally, a lot of people working hard on seeing this project move ahead … They (the NDP) need to be now, more than ever, reaching out these proponents and working to get a deal, period."

"My understanding at this time is that Petronas is committed to developing their natural gas assets in Canada. As well they will continue to explore all options as part of its long-term investment strategy moving forward. That does provide some comfort. What is important to note is the significant length of time that it took for Canada and BC to get these projects approved. If that continues, we will see a lot more investments not moving forward."

"I am deeply disappointed with the decision by Pacific Northwest, my office worked extremely hard with our former Prime Minister in attempting to make this project a success.

"We streamlined the National Energy Board with our One-Project-One-Review mandate that would allow proponents of these types of projects, as well as communities involved, a manageable timeline to work within. The 24-month period would give adequate time for everyone involved to voice their opinions and at the same time give viable projects a real chance to succeed.

"This, along with the Accelerated Capital Cost Allowance and the extension of export licenses were, unfortunately, not enough to overcome the current market forces and it appears that will not be the only obstacle in front of these types of projects in BC."

“After all the hard work that FSJ for LNG has done working towards a federal approval, this happens. The timing of this statement gives us a hint of the reason behind this decision. Coming after an NDP takeover of the province, PNW sees the NDP as not the ideal partners to risk a multi-billion investment in.”

“The company was very clear. This was a decision they are making because of the economic challenges in the global energy marketplace. The Pacific NorthWest LNG project, as proposed in its current state, was uneconomical to move forward.

"B.C. remains a player in the LNG sector… I'll be talking to other LNG stakeholders to ensure we are ready to work with them moving forward, that we have a road map to get them to a full realization of their projects."

"Since the beginning, it has been clear that the global marketplace does not support the LNG industry that the BC Liberals promised in their 2013 election campaign. Rather than doing the hard work required to strengthen and secure the economic opportunities already available in other sectors, the BC Liberals recklessly went all in on a single industry. They let opportunities for innovation and economic development in clean technology, the resource sector, and other major B.C. industries fall by the wayside."

“Petronas and its partners cited shifts in the energy sector as key to their decision. Indeed, LNG demand and prices have fallen as the world transitions to renewable sources of energy. We now have an important opportunity to ensure B.C. is not left behind as the global economy shifts and the costs of a changing climate begin to mount."

"Today's decision represents a generational opportunity that's been lost, especially for northern British Columbians. The First Nations who were looking to LNG to support economic growth and a sustainable future in their communities are facing some tough decisions now that resource benefits are being pulled off the table. It's time for John Horgan and the NDP to start paying attention to the rest of the province. Responsible resource development is essential to maintaining B.C.'s thriving economy and support ing families."

"NDP comes to office in B.C., Petronas immediately cancels it's $30B LNG investment, 1 of the largest planned foreign investments in CDN history… NDP politicians want huge, endless increase in government spending, but oppose & drive away the industries that can help pay for it."

“We are deeply disappointed that PNW will not go forward, as it means thousands of construction jobs will not materialize. No jurisdiction does energy extraction in a better, cleaner, more socially responsible way than Canada. This is a significant lost opportunity that would have brought many benefits. Canada has to act faster to seize the opportunities that our responsible resource development industries can deliver.”

"We have been very much aware of the low commodity prices over the last number of years and well understand that in the current market many of the projects still face significant challenges. We have worked closely with a number of the development team at PNW LNG and feel badly for them as they will not see the project they worked and supported for many years come to fruition.

"We remain hopeful that BC will develop an LNG industry providing work opportunities for our members and training opportunities for our apprentices. We hope on a go forward basis that the promotion and development of the industry will be more realistic in terms of what British Columbians might actually realize from the establishment of LNG in our province."