Industrial communities encouraged to take on similar initiatives
Mar 23, 2021 8:28 AM By: Matt Preprost 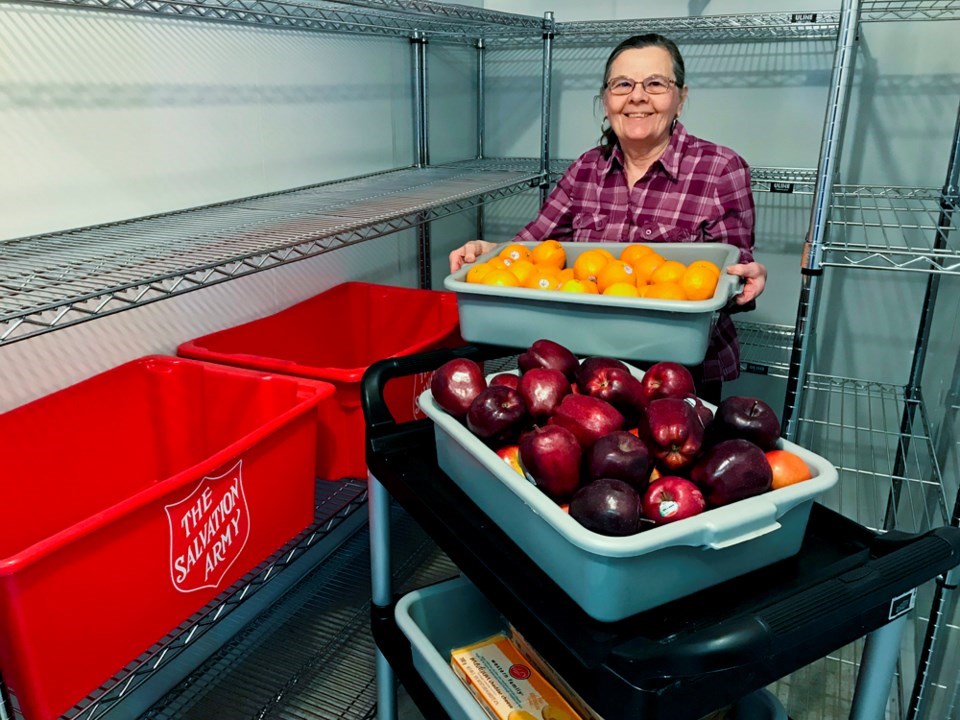 Karen McWhinnie loads a tray of fruit collected for the Salvation Army through its perishable food recovery program in 2019.Matt Preprost

A milestone 50,000 pounds of surplus food from the Site C work camp has been diverted away from the landfill and sent to the Salvation Army instead to feed the hungry in Fort St. John.

That's equal to the weight of roughly eight-and-a-half Zambonis, and a donation worth about $125,000 since the initiative was announced in 2019, organizers said Tuesday.

“This initiative has substantially enhanced our impact in the community. Through the strong partnerships that have been established we have been able to add 100-200 meals per day to our Community and Family Services food bank program,” said Jared Braun, executive director for the Salvation Army in Fort St. John.

“This addition on top of what we are already doing to support local seniors, families and a recovery centre for women strengthens our capability to meet many current needs. We are excited to continue this project and look forward to what we will yet achieve.”

The City of Fort St. John facilitated the partnership with the Salvation Army, ATCO Two Rivers, and BC Hydro through its work with the National Zero Waste Council.

The initiative expanded on the Salvation Army's existing perishable food recovery program, launched in 2018 and which was already collecting 10,000 pounds of fresh food per month from local grocers for the food bank. 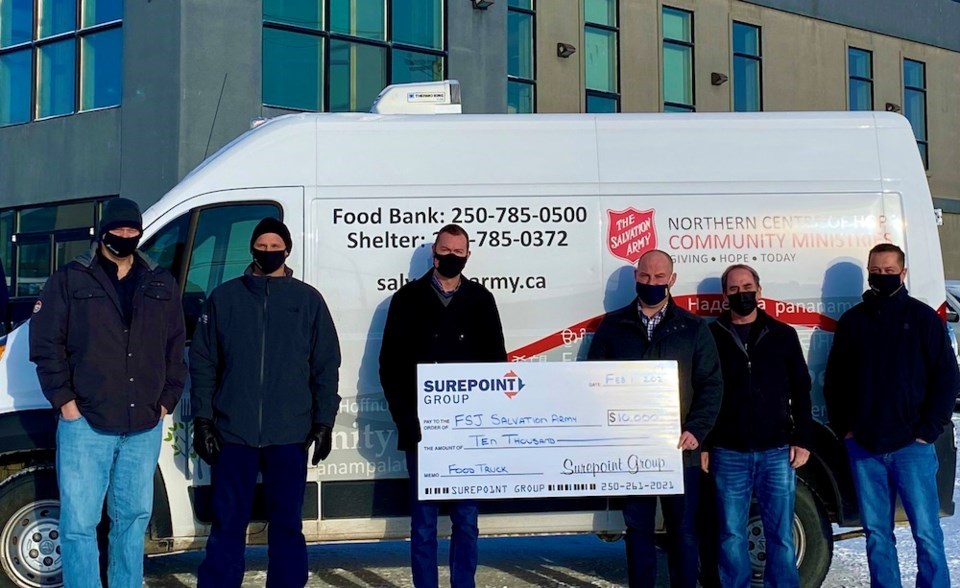 “As members of the National Zero Waste Council, Fort St. John is always looking for ways to reduce waste in our community,” said Mayor Lori Ackerman.

“We recognized this opportunity to both manage food waste and feed members of our community in need. We are thrilled that the initiative has reached this huge milestone of 50,000 pounds of food donated and look forward to seeing it continue.”

The Site C camp makes up to 5,000 meals a day for workers, and the initiative was made possible by B.C.'s Food Donor Encouragement Act.

Last year, Tourmaline pitched into the partnership to sponsor the costs of labour, food handling, and vehicle maintenance for the Salvation Army for the Site C program. That sponsorship was picked up by the Surepoint Group this year.

Brian Hussain of ATCO Two Rivers said the company was proud to have reached the milestone.

"Our vision is to deliver inspired solutions for a better world. This vision includes unique initiatives that support the communities where we work and live," Hussain said. "The success of this program in Fort St. John has inspired us to look where this project can be expanded to other areas in B.C.”

March is National Nutrition Month, and it is hoped other communities and industrial project sites will take on similar initiatives.

“Our hope would be for these other sites to see this initiative as an example of local co-operation and good citizenship, but also as an effective solution for food insecurity in many of the communities where they operate,” said Ackerman.