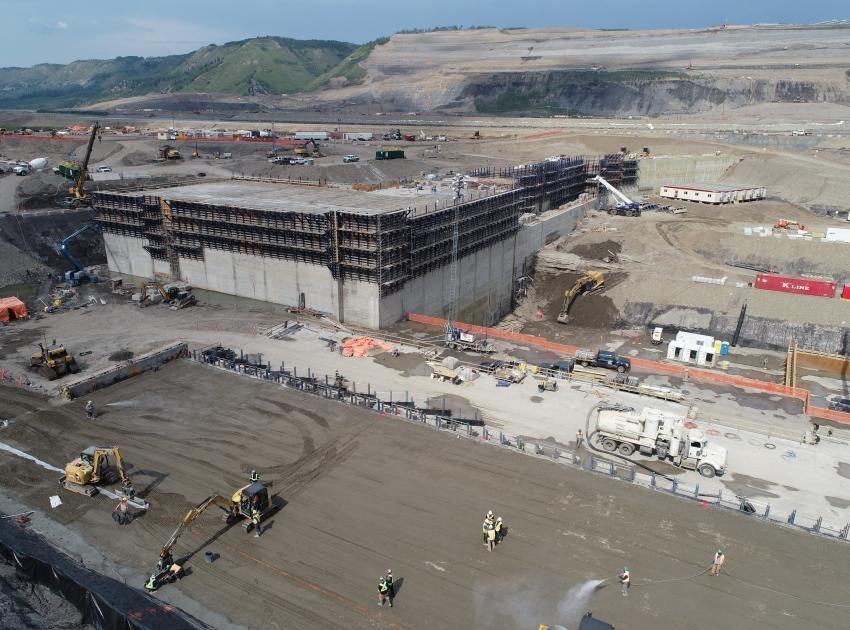 A B.C. Supreme Court judge has dismissed a bid by two Treaty 8 First Nations to halt work on the $10.7-billion Site C dam.

Justice Warren Milman refused to grant an injunction to West Moberly and Prophet River First Nations on Wednesday, but ordered a trial on whether the project infringes aboriginal treaty rights be held by mid-2023, before the dam's reservoir is filled.

The First Nations wanted work on all, or some portions of Site C be stopped until then. However, granting the injunction would put Site C into "disarray," Milman said.

"Although the claim raises a serious question to be tried, West Moberly’s chances of ultimately succeeding with it and halting the Project permanently are not strong," Milman wrote in his 98-page decision.

"The proposed injunction, in either of its iterations, would be likely to cause significant and irreparable harm to BC Hydro, its ratepayers and other stakeholders in the Project, including other First Nations and that harm outweighs the risk of harm to West Moberly flowing from not granting an injunction."

The First Nations plan to pursue the trial, and are considering an appeal of Milman's ruling, their lawyer said.

"The Court acknowledged that there was a serious issue to be tried, as well as the risk of 'irreparable harm' being suffered, ordering a trial of the treaty infringement claim to occur before the reservoir is flooded. My client has every intention of proceeding to trial and will also consider appealing this judgement," said Tim Thielmann of Sage Legal.

"We are disappointed the Court chose not to suspend work immediately, but landslides and potential appeal may force the same result. West Moberly and Prophet River do not believe this Project will ever be completed. Taxpayers should ask how many billions of dollars will be wasted before it finally grinds to a halt."

"BC Hydro has reached benefit agreements with the majority of First Nations that we consult with on Site C. We remain committed to working with Indigenous communities to build relationships that respect their interests, O'Riley said.

"With the court’s decision today, we will continue our work to safely advance construction of the project."

Site C is the third dam being built on the Peace River, and has been under construction since July 2015 after being approved by the BC Liberals at a cost of $8.8 billion.

The new NDP government allowed construction to continue last December after a four-month regulatory review, and bumped up its budget to $10.7 billion.

When completed, the dam would produce up to 5,100 gigawatts of energy per year and add 1,100 megawatts of capacity to the provincial grid. It would also flood some 100-plus kilometres of the Peace River valley and its tributaries, including farmland and First Nations cultural sites.

Courts have previously dismissed lawsuits by the First Nations and landowners seeking a judicial review of Site C.

However, the courts have yet to rule whether the dam infringes Treaty 8, with one provincial Supreme Court justice noting in a September 2015 ruling that the question would need to be answered in a civil trial.

"We're asking the courts to stop development on Site C until that question can be asked," Willson said when the injunction hearing began on July 23.

"Through this whole process, no one has asked that question. This project, in our view, unjustifiably infringes the treaty and they have never done a test on it."

Willson argued First Nations continue to live with the impacts of the Bennett and Peace Canyon dams upstream of Site C, and the cumulative impacts of all three would continue to disrupt and displace First Nations hunters, trappers, and fishers, and interfere with their way of life by destroying habitat home to plants and animals relied on for spiritual, medicinal, and food purposes.

The two First Nations wanted the injunction to stop work at key sites throughout the region until their lawsuit could be heard, which is expected to start in 2019.

The province said courts "have not yet considered whether it is possible for treaty rights to be infringed through 'cumulative impacts' to specific, defined areas."

"Consultation will not always lead to accommodation, and accommodation may or may not result in agreement. In the absence of agreement, Indigenous groups do not have a veto over the government's proposed course of action," the province argued.

Several project agreements have also been signed with a number of First Nations in Northeast B.C. over the project.

There were more than 3,500 workers employed in some capacity on Site C in August.