Peter Kiss, owner and president of Morgan Construction, doesn't think his company is getting a fair shake in the debate over local hires for the construction of the Site C dam.
Oct 22, 2015 10:33 AM By: Mike Carter 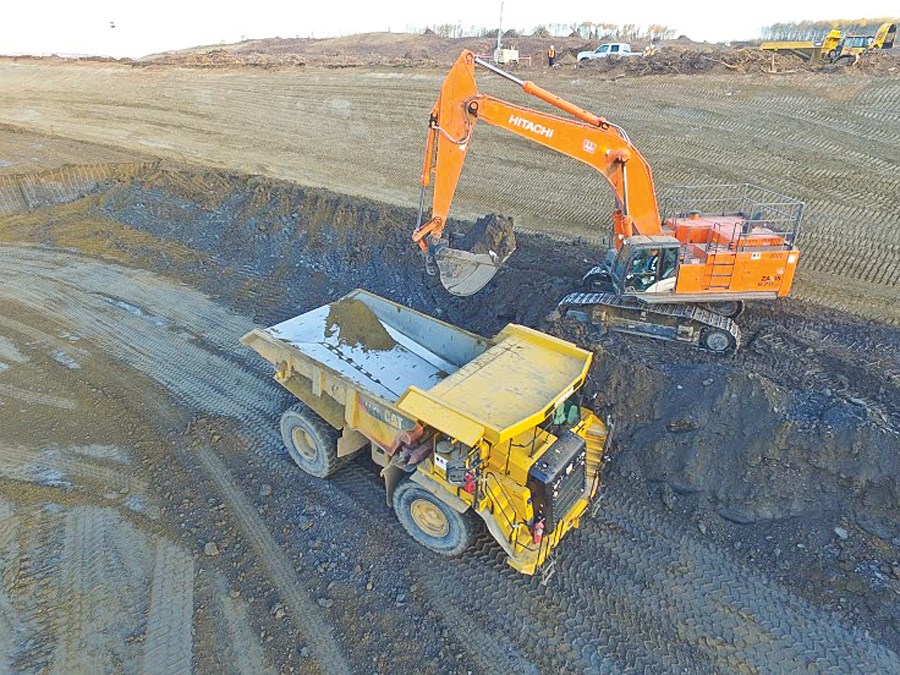 Work progresses on the Site C dam, even as local contractors protest BC Hydro's hiring and bidding practices. Above, site preparation carries on the north bank of the Peace River.Morgan Construction

Peter Kiss, owner and president of Morgan Construction, doesn't think his company is getting a fair shake in the debate over local hires for the construction of the Site C dam.

His Edmonton-based company was awarded the contract from BC Hydro for north bank preparations and will construct seven kilometres of access roads, do excavation works, and clear about 55 hectares of land.

"We're a private company and we don't publicize what we do or how we do it," Kiss told the Alaska Highway News.

"But I don't think that we've gotten a fair shake with the amount of local hiring we've done and where we're at today. I think we're doing a great job."

Of the 140-or-so workers at the site currently, about half are from B.C., Kiss said. Seven career fairs have been hosted in conjunction with BC Hydro, and a concerted effort has been made to hire B.C. residents.

Kiss was responding to concerns expressed by the International Union of Operating Engineers (IUOE) on behalf of many local companies who say not enough is being done to guarantee local workers will be used to build the dam. The IUOE backed this claim up by saying Morgan Construction would be bringing in most of its workers from Alberta.

The union advocated for guidelines that would encourage hiring locally first, then regionally, provincially, then nationally.

Kiss argued there are already many workers from B.C. on site, echoing statements made by Hydro and Minister of Energy and Mines Bill Bennett.

However, many of these workers aren't from the local area, he admits.

"We already have tons of B.C. employees and we juggled people around and got B.C. workers into (the province) because that has been our commitment to BC Hydro," Kiss said.

But whether or not the workers are from the province isn't really the issue, local contractors say, it matters more if the contracts for work are going to them or out of province businesses.

To them, it appears that the claim of hiring B.C. workers is being used to deflect from the fact that Fort St. John businesses are the ones really not getting a fair shake, in terms of being allowed to bid on work contracts for the massive $8.8-billion dam.

"We've never actually ever been offered any part of that project," said Jason Linley, president and founder of JD Piling & Anchor Ltd., a business located on the 269 Road just a short distance from the Site C construction entrance.

His company had hoped to get some of the contracts associated with the construction of the work camp, which is currently underway.

"The impact to the city is coming. Have you driven downtown lately? The potholes are almost big enough to knock your teeth out. In 10 years, the roads could all be destroyed and (tax dollars from work on Site C) goes to Alberta or wherever else... I don't even care if it's in B.C., it's not in Fort St. John. We've got to do something because there is a fire brewing in the background."

Linley says he has heard from many other contractors in Fort St. John who are "sitting doing nothing with the Site C project."

Kiss, the owner of Morgan Construction, has intimate knowlegde of some other concerns surrounding the largest public works project in the province's history.

As a boy, he spent his summers playing along the banks of the Peace River while in Fort St. John with his aunts, uncles, and cousins.

His grandparents' farm in Hudson's Hope will be flooded by the dam's reservoir.

But on local hiring, he feels his company is doing all that it can.

"We have free movement of labour in this country," he said. "As we get going, we're hiring more and more B.C. workers all the time."

Although Morgan Construction is based in Edmonton, Kiss added they have several offices in Western Canada.

"We're committed. We're here for a long time. I feel like I am local. I spent my summers up there (but) it will take time to win people over."