Dam still in early days, locals will have many opportunities to get work: BC Hydro

BC Hydro is responding to concerns that not enough is being done to hire local workers for the Site C dam. "Construction on the project has only just started," a spokesperson for the Crown Corporation said in an emailed statement.
Oct 16, 2015 10:30 AM By: Mike Carter 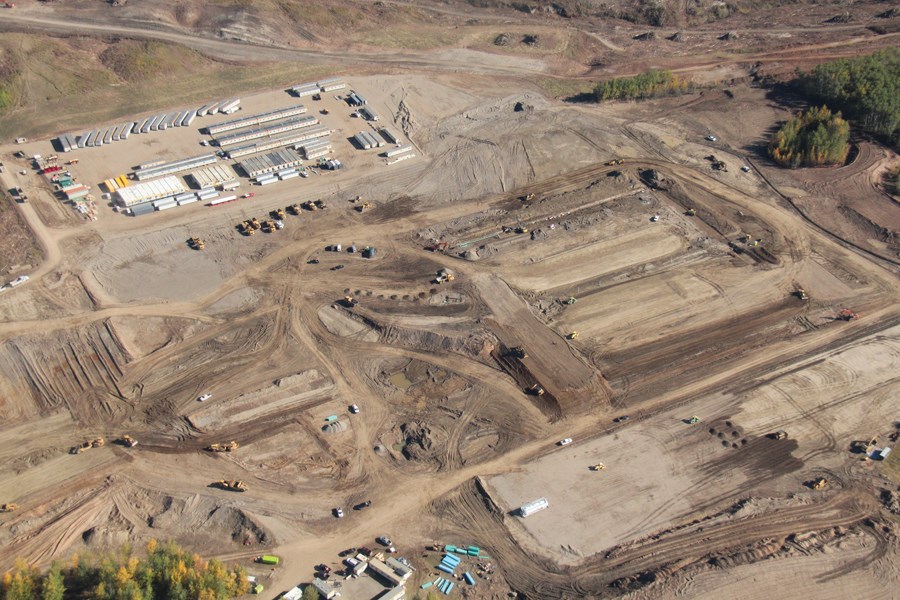 Early worker camp construction work on the north bank of the Peace River.

BC Hydro is responding to concerns that not enough is being done to hire local workers for the Site C dam.

"Construction on the project has only just started," a spokesperson for the Crown Corporation said in an emailed statement.

"We are about two-and-a-half months into an almost decade-long construction. Over the coming months and years of project construction, employment will continue to ramp up and local and Aboriginal workers will have many opportunities to work on (the dam)."

Earlier this week, the Alaska Highway News reported the International Union of Operating Engineers Local 115 (IUOE) was petitioning Peace Region leaders to back its plea for local hiring guidelines.

Energy and Mines Minister Bill Bennett has said there will be no such thing.

The union, a member of the BC Building Trades, advocates for a Project Labour Agreement (PLA) or so-called "closed shop" model for the project, which would prioritize hiring locally first, then regionally, provincially and then nationally.

Such a plan was endorsed this week by the Dawson Creek and District Chamber of Commerce.

"We agree (to the PLA model)," it said. "Use local contractors and labour first—then push out to other areas of the province, country and world. We need to take care of our own businesses first."

Hydro has instead gone with what is called a managed open site, or "open shop" model, which it chose after "months of consultation and engagement with industry stakeholders," the company said.

"It was our conclusion that, given the size and scope of the project in a time of anticipated high labour demand, the managed open site model would be most appropriate."

The model allows for the largest pool of skilled and experienced workers, Hydro added.

"It does this by allowing all qualified contractors, regardless of union affiliation or union status, to participate on the project while maintaining their existing bargaining relationships," the Crown corporation said.

The model has been used on other projects in B.C., including the Olympic venues during the 2010 Winter Games, the Port Mann Bridge, TransLink's Canada Line, and the Sea-to-Sky Highway.

Hydro says it has used the managed open site approach on "many projects" including the Ruskin Dam and Powerhouse upgrade.

Critics like Paul de Jong, president of the Progressive Contractors Association of Canada, call the PLA model a monopolistic approach.

"The (open managed site) approach is tested and true," he wrote in a July 2015 article for the Journal of Commerce. "The project quite simply needs all hands on deck. The open managed site approach will ensure that a productive and inclusive workforce—regardless of union affiliation—will have access to the project."

Still, barring a PLA, the IUOE wants some kind of assurance that local and regional businesses will be given bidding preference on contracts for the dam.

Bennett has said guidelines for local hires on the dam project could add up to $3 billion to the project's $8.8-billion price tag.

"That is just preposterous," Brian Cochrane, business manager of the IUOE told the Alaska Highway News.

Cochrane says according to IUOE members, some companies have committed to bringing in crews form Alberta to do work on contracts awarded to them.

"I don't think the wage rates from Alberta are that significantly less," Cochrane added.

Hydro has reached a negotiated framework of an agreement with BC Building Trades, which represents a number of unions including the IUOE.

Under this proposed model, which covers the main dam construction, contractors who can demonstrate they have a negotiated collective agreement will get preference in the bidding process.