Peace Valley landowners calling for a judicial review of Site C were handed a second defeat in the courts last the week.
Aug 31, 2015 9:53 AM By: William Stodalka 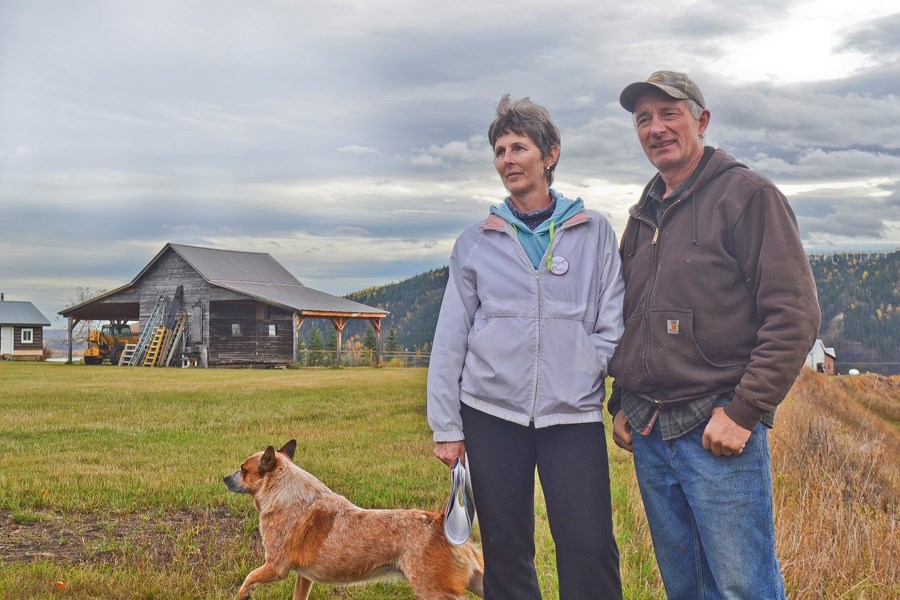 Arlene and Ken Boon are among the landowners that will lose their land once Site C is built.

Peace Valley landowners calling for a judicial review of Site C were handed a second defeat in the courts last the week.

The Peace Valley Landowner Association, made up of people whose homes and land will be flooded out by the Site C reservoir, has been fighting the dam’s environmental assessment certificates.

Last month, the provincial court ruled against the group’s petition for a judicial review of the $8.8-billion project, although the PVLA has vowed to appeal that decision. On Friday, they lost on the federal level, as well.

In the written decision against the PVLA, Judge Michael Manson said the decision by the federal government was justified—even though the government chose not to reveal its reasoning behind the decision to the courts.

In the decision, lawyers for the PVLA argued the federal cabinet only addressed the consultation process with Aboriginal groups and their social interests in their government in council (GIC) order, without also addressing the economic value or including a cumulative effects analysis of the project.

BC Hydro disagreed, arguing the federal cabinet indeed reflected and considered the overall question of costs, need for, and benefits of Site C.

"The concerns and interests of Aboriginal groups have been reasonably balanced with other societal interests including social, economic, policy and the broader public interest," he wrote in his decision.

However, the full reasoning behind the decision was not made available to the courts.

Manson wrote that cabinet "claimed privilege" to keep the matter private. This complicated his review of the reasons for the decisions, he noted.

"(The federal cabinet) could have chosen to submit redacted versions before them, but decided not to,” he wrote.

"While the reasons provided by the GIC could have been better articulated and more transparent, they are within the reasonable boundaries and requirements for GIC reasons," Manson wrote.

"The GIC must consider a wide range of considerations and information put before it. As a body comprised of elected officials, it is accountable to the electorate: the public itself."

It's unclear why government made the decision to claim privilege. Questions sent to Leona Aglukkaq—the federal environment minister at the time the decision was made, and a member of the cabinet in charge of making the decision— were not returned as of press time.

Ken Boon, president of the PVLA, was disappointed by Manson’s decision.

“We knew the legal challenges were somewhat of an uphill battle, and it’s not the only game that’s being played here,” Boon said.

“We’re at a stage where there might be a fair amount of people who think, ‘Oh, it’s a done deal,’ and this is where you find out who your true allies are, and who’s got some backbone.

“We don’t know how to quit. We’re going to keep fighting this,” he said.

Boon said it was too early to say if the landowners will appeal Manson's decision.

Earlier this year, the BC Public Interest Advocacy Centre tried to gain intervenor status in the case, citing the impact the dam would have on low-wage ratepayers. The group was denied.

“Low income residential ratepayers could be stuck for footing the bill for the largest (public) infrastructure project in B.C. history without it having gone through a full and open review of the expert tribunal who's supposed to be assessing this project, the BC Utilities Commission.”

Manson was not entirely unsympathetic to the landowners.

"Given the significant public interest and legitimate concerns of the PVLA, in light of the significant adverse environmental impact of the project, I would have each party bear its own costs,” Manson wrote.