A former TD bank executive has come out against the proposed Site C dam as being too costly, and suggesting that the controversial project should go to the B.C. Utilities Commission.
Oct 14, 2014 11:19 AM By: William Stodalka 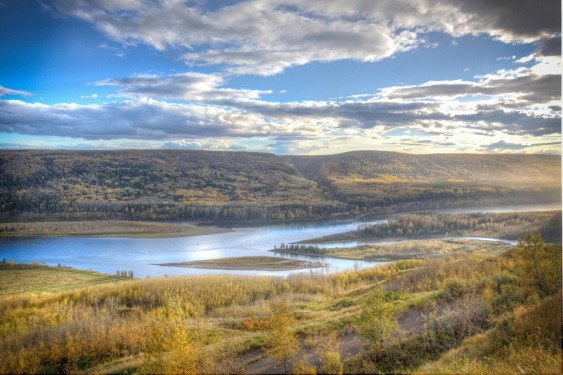 A former TD bank executive has come out against the proposed Site C dam as being too costly, and suggesting that the controversial project should go to the B.C. Utilities Commission.

“This is $8 billion at a minimum,” said Rob Botterell, who worked as a comptroller for TD Bank’s B.C. division. “What if it turns out to be $15 billion? I wouldn’t want to be in your shoes if that review (by the BCUC) hasn’t been done.”

In his speech to the B.C. government’s select standing finance committee, he tried to characterize what he thought would happen if B.C. were to go to the bank to borrow for the project, which is expected to cost about $7.9 billion.

“The question came up: ‘Well, is Site C needed?’” Bottrell asked the committee. “The answer you would have to give is that the need for Site C has not been established.”

This is in line with the conclusion of the provincial-Federal Joint Review Panel, which did not stand in the way of Site C in its report earlier this year, but did say that BC Hydro “has not fully demonstrated the need for the project on the timetable set forth.”

Botterell also pointed out that Site C would lose $800 million in its first four years of operation.

“And then the bank officer might say: ‘Well, what other alternatives were looked at?’ You’d have to say that the Joint Review Panel was either prohibited from considering – or did not have the information to sufficiently explore – wind, run-of-river hydro and other renewables, excepting power under the Columbia River treaty or burning natural gas to provide power,” Botterell went on to say.

(In their report, the panel concluded that it would produce more power per gram of carbon dioxide emissions for everything other than nuclear. But it also concluded that problems in comparing alternatives rendered energy costs “only generally reliable” when it came to actually putting figures together for the project, and other potentially but difficult to quantify attributes of alternatives needed more attention.)

Botterell went on to say that it would be “fiscally irresponsible” of the government to go through without first referring it to the BCUC “so they can do the homework that the Joint Review Panel said still needs to be done.”

He pointed to other options, such as natural gas power generation. While this would likely lead to greater greenhouse gas emissions, Bottrell said that the province could buy carbon offsets to make up for that.

However, based on comments made by B.C. Energy Minister Bill Bennett, a BCUC review of Site C seems unlikely.

“If the decision on (Site C) went to the BCUC, it would be the first major hydroelectric project in the history of the province to go to the BCUC. The BCUC, unlike what a lot of people seem to think, has never made a decision on a major project like that,” he said.

The BCUC would have some role in Site C, albeit it may be less than what some critics may want.

“The BCUC will be responsible for determining how the costs of the project would be repaid by ratepayers over a long period of time,” said Bennett.

However, Botterell insisted that the BCUC look over Site C.

“First of all, the biggest public expenditure in the next 20 years, we need an open and transparent and accountable review of the costs ... the only way to do that is to refer it to the BCUC,” said Botterell.

“Either considering it in the back rooms of government and then announcing the decision after the fact, or getting (accounting firm) KPMG to do some more research, is no substitute for a review by the utilities commission, which is open and transparent.”

Botterell also questioned what he saw as the rush to make a decision on Site C.

“There's going to be lots of opportunity, lots of business contracting work (in Fort St. John) over the next 10 years without overheating it further with Site C.”

A decision on whether the project will receive its environmental certificate is expected to come from both the Federal and provincial governments no later than Oct. 22.

According to the B.C. Ministry of Environment, the decision was only recently referred to Environment Minister Mary Polak and Minister of Forests, Lands and Natural Resources Steve Thompson, even though the Joint Review Panel came out with its report last May. A Ministry representative said that this was to make time for First Nations consultation.

“After we know whether the project gets an environmental certificate, the only thing left after that is for cabinet to make a decision on whether to go ahead with the project or not,” said Bennett, who expected that decision to come down in November.