The ever-controversial Site C dam project now faces more legal challenges from First Nations, as opponents fighting against BC Hydro and the provincial government have spread the battle to another province.
Nov 14, 2014 8:31 AM By: William Stodalka 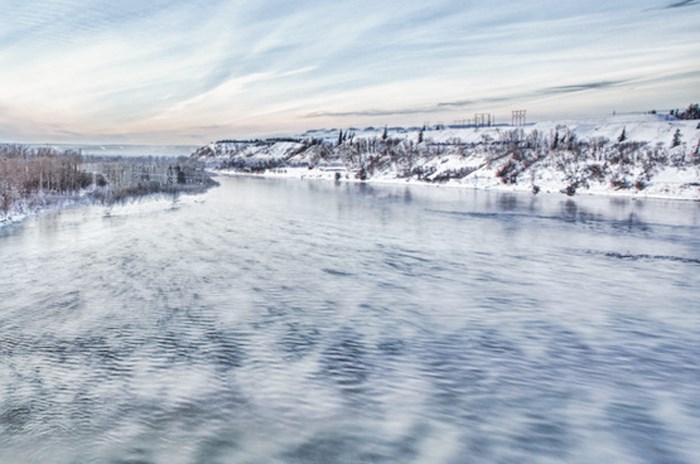 The ever-controversial Site C dam project now faces more legal challenges from First Nations, as opponents fighting against BC Hydro and the provincial government have spread the battle to another province.

On Thursday, the Mikisew Cree and Athabasca Chipewyan First Nations, both located in Alberta, announced that they had joined some of their Northeast B.C. counterparts and filed a lawsuit against the recently issued environmental assessment certificate of the proposed hydroelectric dam.

Officials with the First Nations said the move was done out of concerns that the government didn’t properly consider Site C’s downstream effects on the Peace Athabasca Delta.

Earlier, some Treaty 8 First Nations in B.C. filed a judicial review against Site C, as those groups claim the Ministry of Environment didn’t fully consider the effects the dam is expected to have on First Nations’ treaty rights.

For decades, but again in earnest since about 2007, BC Hydro has attempted to gain approval from the province to build the estimated $8 billion dam on the Peace River, seven kilometres west of Fort St. John.

A report released in May by a Federal-provincial Joint Review Panel analyzing Site C’s effects found that the dam would produce impacts on First Nation treaty rights that could not be mitigated.

Despite this, both the Federal and provincial governments approved environmental assessment certificates for the project in October. This means that the governments OKed the project to proceed on environmental grounds with roughly 80 conditions apiece, a major step towards potentially building Site C.

However, the province still has not made a final decision about whether to actually go ahead with the project. Earlier, Energy Minister Bill Bennett said that he was considering other options before the government made a final investment decision, saying his recommendation to the B.C. cabinet would likely be made by Christmas.

The moves by the B.C. and Alberta First Nations have joined one by the Peace Valley Landowners Association, which also asked for a judicial review into Site C’s environmental certificate.

One difference is that for Treaty 8 and the Albertan First Nations, this review is specifically directed at the Federal certificate, since treaty rights are generally negotiated on the Federal level.

(A judicial review is a review of whether an administrative decision maker had the authority to make the decision it did. If the petition succeeds, and the judicial review finds that these ministries overstepped their authority, then Site C can’t legally go ahead at that point.)

West Moberly First Nation Chief Roland Willson said that even if Site C is given the go-ahead and BC Hydro begins physical work on the dam before the review is over, he “imagined” that he and others would seek an injunction.

Willson – whose First Nation is part of the legal battle – said that he felt it was “sad” that it had to come to this.

“The province continuously jumps the gun on (Site C). They try and get things rolling as fast as they can because the more money that they spend on this, they figure that it’s more of a justification to make this project go ahead.”

The West Moberly chief was not alone in his challenge.

“The cumulative effects of the developments in our territory are making it difficult for us to meaningfully exercise our Treaty rights,” said Prophet River First Nation Chief Lynette Tsakoza. “Site C will make it difficult, if not impossible, for our members to meaningfully carry out their fishing activities."

"The W.A.C. Bennett Dam and Peace Canyon Dam were constructed without consultation with our First Nations,” he said. “Our fish have been poisoned; our caribou have almost been completely extirpated (driven to localized extinction); we're rapidly running out of places to meaningfully exercise our rights. We do not consent to Site C."

Chief Norman Davis of Doig River First Nation said that the valley that would be affected by Site C "is a unique spiritual place for our people to meaningfully exercise our Treaty rights. No amount of money could compensate us for the loss of this valley.”

Also, at an earlier Joint Review Panel hearing, Doig River member Sadra Acko, 9, testified that “Site C, it's not respectful to cover the graves of our people with water. I want my grandpa to teach me how to properly harvest animals.”

Not all Treaty 8 First Nations have joined this legal challenge. The Saulteau and Halfway River First Nations were not an official part of the petition seeking judicial review.

Despite the challenge, Willson said that he was still trying to work with the B.C. government to find alternatives to the project.

On the Alberta side of things, Athabasca Chipewyan First Nation Chief Allan Adam expressed concerns about historical changes in the freshwater Peace Athabasca Delta located near his First Nation.

"There is too much at stake in the Delta to ignore potential effects of yet another dam on the Peace River," added Mikisew Cree First Nation Chief Steve Courtoreille. "Governments needed to take a cautious approach and ensure they understood effects to the Delta and on the Mikisew before they approved Site C. Unfortunately, they chose not to do so."

The Joint Review Panel did determine that Site C “would not have any measurable effect on the Peace-Athabasca Delta,” saying it could not find any direct links between the project and effects on the Delta.

“The rare instances when the Project may be capable of reducing levels of Lake Athabasca by one centimeter are negligible in relation to the other forces for change at work in the (Peace-Athabasca Delta),” the panel wrote in its report.

Calls to the B.C. Energy Ministry asking for comment about Treaty 8’s challenge were not returned as of press time.

In an e-mail, Dave Conway, a spokesman for BC Hydro said: “It is not unusual for groups to apply for a judicial review of environmental assessment decisions.”

“We’re currently reviewing the applications,” he added. “While we cannot discuss the specifics of any legal proceedings at this time, I can tell you that BC Hydro has been consulting and engaging with Aboriginal groups and property owners about Site C since 2007.”

Conway pointed to a conclusion within an environmental assessment accommodation report that said that two government agencies “are of the view that there has been meaningful consultation with the potentially affected Aboriginal groups.”

However, the conclusion then went on to say that it believed there would be “moderate to serious” impacts on treaty rights for the Treaty 8 First Nations, unless additional mitigation or accommodation was made, beyond what can be accomplished through mitigation measures in the environmental assessment process.

(The report also noted that BC Hydro and the province have offered “financial and other benefits” to address these residual effects, but it did not say whether or not these were considered acceptable to First Nations or to the government agencies in its conclusion.)

A spokeswoman for the Canadian Environmental Assessment Agency said that “as the matter will soon be brought before the Court, it would not be appropriate to comment.”